Sailing at the Weekends: Infamous Shipwrecks That Might Just Change Your Mind

Thinking of Hitting the Open Sea? Well, Here Are Some Stories About Infamous Shipwrecks That Might Just Change Your Mind

Shipwrecks are one of the most mind-boggling disasters that can happen. People are fascinated by them, simply wondering how they could have occurred, and what could have gone so horribly wrong to allow for the ship to completely lose control or capsize.

With each crazy tale of a shipwreck, some more unbelievable than others, what can we derive from them? What can we learn from each new shipwreck about safety and how to avoid a similar tragedy in the future?

One of the most notable shipwrecks of all time for people of all ages is the sinking of the RMS Titanic. This ship, as many know, had its first voyage beginning on April 10, 1912, sailing from Liverpool, England. Sadly, the ship’s voyage did not last very long as the ship sunk a mere five days later on April 15, 1912. Over fifteen hundred people died as a result of the sinking of the Titanic, and it is arguably one of the most infamous shipwrecks in history.

One of the most shocking parts about the sinking of the Titanic was the fact that it was dubbed the unsinkable ship before its initial and only voyage out onto the open sea.

Most recently, it appears that a discovery of a jacket might point to the fact that there are dead bodies remaining in the wreck. It is notable because much can be learned by what’s in the ship. Additionally, the fact that there are dead bodies in the ship does cement the Titanic’s status of an official graveyard – with that it will be protected from any salvagers who may try to go down to the ship and take what they can find from the remains.

Many have been down and looked at the ship, including James Cameron, the director of the movie Titanic, and some believe that this may be a misguided notion because they have not seen actual human remains, rather just evidence that there was human life aboard the ship at some point.

There has been no decision made, but the sinking of the Titanic is certainly something that will remain a topic of interest for many years to come, as it was truly a tragedy of epic proportions.

Another notable shipwreck that also emanated from the United Kingdom was the sinking of the RMS Lusitania. The maiden voyage of this ship occurred in September 1907, and it had a much longer lifespan than the Titanic, as the went down on May 7, 1915. The ship sunk as a result of being torpedoed by a German U-boat off the coast of Ireland.

Nearly twelve hundred people died on this ship which wasn’t just carrying civilians on board, but also a significantly large amount of contraband weapons in its cargo.

Nobody on the ship expected anything like this to happen, so they were unable to escape in time even though there were enough lifeboats, unlike the issue that plagued the Titanic. 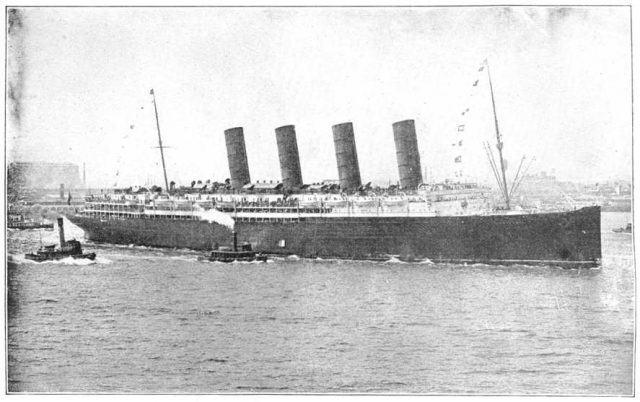 There were just under eight hundred survivors of this shipwreck, including many high profile names, although not as many as were on the Titanic. Many ignored warnings that it was not the safest time to take a trip in that route.

One of the most notable things to occur from the attack on this ship was not the loss of lives, although very sad, and not the actual sinking of the ship, but the international effect it had on various countries’ neutrality in the war.

This attack caused many previously neutral countries to side against Germany in the world war, most notably American involvement, albeit not right away.

The German battleship Bismarck was yet another tragic sinking that claimed the lives of more than two thousand people. Only a little over one hundred crew members survived the shipwreck.

This was a battleship that went down in the course of fighting – a harrowing ordeal with a great loss of life. Oddly enough, although the ship sunk in 1941, the remains of the ship were not located until 1989. It was surprisingly well-preserved considering it had been immersed in the water for so long.

What is also odd is that many experts who have reviewed the state of the ship after finding it do believe that had the crew not completely ruined the engine room valves the ship could have stayed afloat for a significantly longer time and potentially more lives could have been saved. 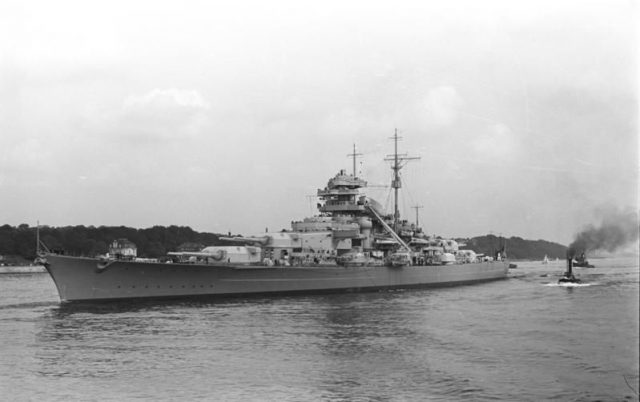 Shipwrecks are something that has certainly fascinated people over the years. It can be truly amazing to dive down and look at the remains of a sunken ship and see how well it’s preserved, or try to put the pieces together to figure out what exactly happened or what went wrong.