Radioactive Water: Sometimes our sincere attempts to find better ways to meet our needs without being too disruptive to the planet go terribly awry.

On March 11, 2011, a terrible earthquake hit Japan. The quake triggered a tsunami with waves reaching up to 133 feet high, which caused three nuclear meltdowns and three hydrogen explosions at the Fukushima Daiichi power plant. As a result, there are more than 1 million tons of contaminated water being stored in Fukushima.

Most of that was water which was injected into the reactor cores to cool them and stop the meltdowns. Some of it is groundwater which seeped up through cracks in the foundation, mixing with the radioactive material inside the facility. 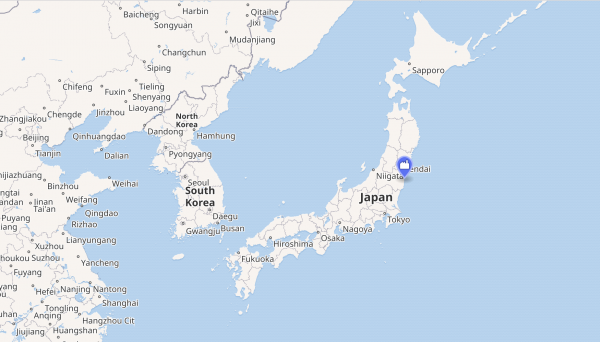 In an attempt to contain the contamination, the water has been stored in 1,000 sealed tanks, but the problem is that more water keeps coming in and, in turn, becoming contaminated. Right now, they expect that they will run out of storage space for the contaminated water by the summer of 2022.

Yoshiaki Harada, Japan’s Environment Minister, recently said in a press briefing that when that space is gone, they will have no choice but to dump the contaminated water into the Pacific Ocean in order to ‘dilute’ the contamination. What that really means is that it will spread out in the ocean, spreading contamination to other areas.

The dump isn’t completely a done deal yet, however. The Japanese government is still waiting to hear from a panel of experts before making their final decisions about what their best options are.

Greenpeace, the environmental organization, stated that the only responsible thing to do is to continue to store the water until all of the contaminants can be filtered out, reducing the risk of spreading the radioactive waste. Cleaning up contamination of this type is both complicated and extremely expensive.

In fact, workers at the power plant have been working to clean the water for years. They’ve filtered it several times already. First, they filtered it with a volcanic material called zeolites, which cling to the cesium, allowing it to be removed.

After that, in 2013, they treated the water again, removing the strontium, another radioactive contaminant. The water contains a third isotope, however, called tritium, which is much more difficult to remove, since it bonds with water very well.

The Japanese government says that none of the ways to remove the tritium would work at Fukushima. Greenpeace says that Japan just doesn‘t want to pay the money it would cost to treat all that water. There’s a certain amount of truth to that claim, since the one option that may work to filter out the tritium would cost better than $1 billion to set up, and would cost hundreds of millions of dollars annually to maintain.

There are some people who say that even if the water does end up getting pumped into the Pacific, it wouldn’t be bad. James Conca, a contributor for Forbes who writes about issues relating to energy, says that not only is dumping the water the only option but continuing to store it is the wrong path to take.

“The sea is not a garbage dump”https://t.co/l3DUPhyHeP

He noted that tritium is the least radioactive and least harmful of all radioactive elements, and the levels of the other, more toxic, chemicals has been reduced to a level where they aren’t likely to cause any real damage to people or sea life. Tritium appears naturally in the environment and has never been demonstrated to harm the environment.

He suggests that releasing the tritium-laced water slowly, over a period of years, is actually a much safe option than allowing it to remain concentrated, as it currently is in the Fukushima storage tanks and he writes in some depth about the chemistry involved.

Even if the tritium levels aren’t a threat to human or marine life, that doesn’t mean the contaminated water is safe. In 2018, the Tokyo Electric Power Company (TEPCO) said that, even after treatment, about 80% of the treated water still contained enough strontium to be above governmentally-established safety levels.

In some of the tanks, the level of strontium is about 200,000 times greater than established safety levels for ocean dumping. If the water is dumped into the ocean, those contaminants would spread to other nearby areas, such as the waters off South Korea, and contaminate the sea life there, as well.

Another Article From Us: Precious Archeological Ala-Tey Site Located at The Bottom of The So-Called Sayan Sea

In short, the issue of what to do with the contaminated water is quickly coming to a head, and no matter what we tell ourselves, no one can really be certain about what will happen when it does.