Fleeing to the jungle during the Vietnam War, they walked back out 40 years later

It was 1973 during the Vietnam War when a bomb went off in the village of Tram Kem and killed three of Ho Van Thanh’s family members.

To save his toddler son, Ho Van Lang, Thanh took the boy and fled their home. Witnessing the death of his wife and two children sent the man into a state of shock and panic.

Unknown to Than, he had left behind another survivor — his 6-months-old son. According to NPR, the infant, Ho Van Tri, was later rescued and raised by an uncle. In the meantime, Ho Van Thanh and Ho Van Lang disappeared into the undergrowth of the jungle. 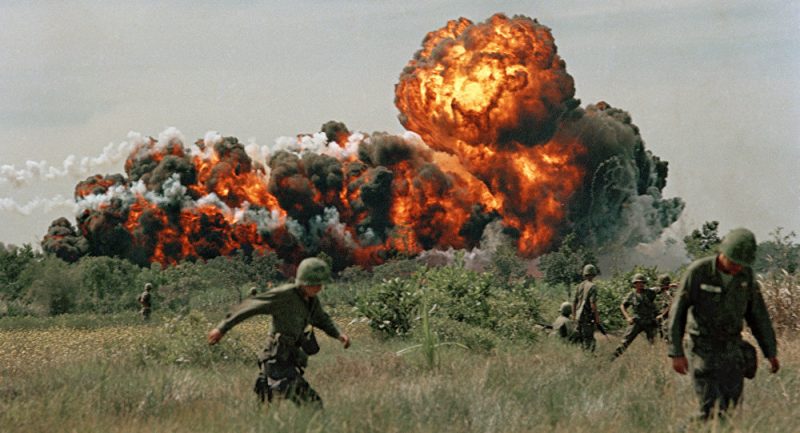 A Son Finds His Father

Fast forward 20 years. Ho Van Tri, the infant who had been accidentally left behind, tracked down his missing father and brother. Scott Neuman of NPR reports that the two men lived in a makeshift treehouse. 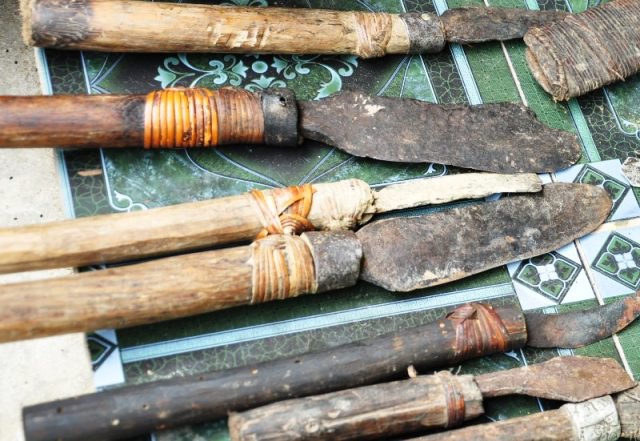 Tri attempted to coax them to come home but they refused, reported Hanna Osborne, writing for International Business Times. Tri said that he would bring people to visit them, but his brother and father would hide whenever they noticed someone approaching.

The treehouse was stocked with arrows and other hand-made tools for hunting. They survived on corn they cultivated, as well as fruits, cassava roots, and wild rice foraged from the forest. They had a small fire they kept lit inside for warmth, and smoked tobacco they grew themselves.

Vietnamese newspaper the Thanh Nien Daily News reported on Wednesday, August 08, 2013 that Lang and his father, Thanh, had been lured out and authorities were dispatched to locate and retrieve them.

Thanh, aged 82, was too weak to walk and had to be carried out of the jungle on a hammock. He and Lang (age 41) had survived in the jungle for 40 years. The reason they returned to civilization due to Thanh’s need for medical attention

Life after Being Rescued

Returning to civilization was not an easy adjustment for the two men who spent so much of their lives living in the jungle. Tri told reporters that, upon return, his brother’s health was “fine, even though he looks thin,” and that his father was “very weak,” according to the NPR article.

The father and son duo were in a state of depression at first. They refused food and water from relatives looking after them. The relatives had to be cautious when caring for them as the two men were always looking for a way to escape back to the jungle.

The small community of Tra Kem was shocked by the discovery of the two men. “No one could imagine Thanh and his son could live 40 years in isolation in the hard conditions of the jungle,” said villager Ho Van Xanh. The Telegraph notes that Thanh had “fallen out of speech.” He did not know much of what is said to him and spoke very little. His son knew only a few words of the local language.

Over the last two decades, intense deforestation has allowed the population to expand more and more into what had been a jungle. Encounters with other people became progressively inevitable, and it was at this point that Tri had become aware of his family’s existence.

For the next three years, Ho Van Lang and his father lived in a small village as they adapted to civilization. Alvaro Cerezo, director of the Docastaway tourist company in Hong Kong, said Lang has no concerns over the outside world or news of his own country.

He spends his time cultivating pieces of land given to him and hopes to one day get married and start a family of his own.