10 US National Parks that we all should visit

National parks are a gift to us, our children, our grandchildren, and all future generations.  Here you can see nature in its most pristine with only minimal influence from mankind.  Below are the ten national parks that are also the least visited.  Remember the golden rule of going into a national park – take only photographs and leave only footprints.

It is the steepest canyon in North America, with the Gunnison River plunging down it at more than 10 miles an hour.  It gets its name due to the fact that sunlight struggles to reach its depths and it is also made darker by the dark rocks of black Precambrian gneiss and schist that form the canyon walls.  This ancient rock is very hard and makes a good surface for expert climbers.

The best views of the canyon are from Exclamation Point, a moderate three-mile hike on the northern rim.  All other trails require expert skills in navigation and climbing.  Do beware of poison ivy, as it grows abundantly here.

Katmai is home to the world’s largest population of Alaskan brown bears – more than 2,000 of them. They live mainly on salmon, and can reach twice the size of a grizzly and weigh more than 1,000 pounds. With the park teeming with bears, most people stay at places like Brooks Camp, which is on the shore of Nanak Lake and at the mouth of the Brooks River. In summer and autumn, hundreds of bears come to the river to feed on the migrating salmon.  There are high wooden platforms that can be used from June to September so you can view this event.

The park is also home to active volcanoes; some of the most active in the world.  The Valley of Ten Thousand Smokes is a place to check out.  It’s an ash-filled valley that had been devastated by one of the largest volcanic eruptions of the 20th century when Mount Katmai and Mount Novarupta erupted together.  It is estimated that the pair spewed up to 15 cubic tons of ash into the environment.  There are buses that will take you there, and you can see how rivers have carved into the deep ash layer.

This is one of the most northerly US national parks, and the size of it makes it slightly larger than Belgium.  It sits above the Arctic Circle and has no roads.  This is a park to visit if you like to walk and explore.  The Brooks Range that straddles the park was carved by slow-moving glaciers.  The water that flows down its southern slopes flows to the Pacific Ocean, and on the northern side the water heads for the Arctic Ocean.

To get to the park, you need to travel on the Dalton Highway, which can be unpaved in sections.  To get into the park itself you need to be able to ford the Middle Fork of the Koyukuk River, which is deep, cold and fast.  An alternate way in is by seaplane to one of the small lakes or to the Anaktuvuk Pass airstrip.  This is part of a Nunamiut village with only 350 people.  Be aware that summers are short here and you need to arrange a pickup before your supplies run out.  Snowstorms can and will sweep in any time of the year, so pack with this in mind.

This is another island park but deep in the swamplands of South Carolina.  It holds the largest stands of old growth hardwood trees in North America.  The trees are some of the tallest still standing and have been nicknamed the Redwoods of the East.  The canopy reaches up to 100 feet and contains some very tall trees indeed.  There is a 49-meter sweet gum, a 41-meter American elm, and a 38-meter laurel oak.  What is astonishing is that these trees sit in the swampy ground that floods a few times a year.

The best way to explore this park is by canoe.  You can spot such things as bobcats, river otters, and unique birds.  For those who like to walk, there is an elevated Boardwalk Loop that starts at the Harry Hampton Visitor Center.

A park that is only accessible by boat, it is 68 miles from the Florida Keys and was named after the turtles that inhabit the area in large numbers.  These Keys also have a healthy population of birds.  The park is reached by ferry, boat, or seaplane from Key West.   It is known for its clear blue water and abundant coral reefs.

Many visitors are there solely for the snorkeling and diving.  You are welcome to camp near the old fort that sits, unfinished, on the key, but you need to bring your own supplies.  For bird watchers, migrating seabirds fly overhead, and you can spot up to 100 different kinds in a day.

This park is within 100 miles of Seattle and yet still has low visitor numbers.  As with many of the other parks, the roads that lead to it are few.   The North Cascades have been virtually untouched by mankind and extend north into Canada where it becomes the Stagit Valley, Provincial Park.  This park is a beacon for backpackers and mountaineers alike.  The Pacific Crest Trail runs through it, and it has good peaks for climbing.  The most popular place in the park is the Ross Lake National recreational area where there is a manmade reservoir that provides electricity to Seattle through its hydroelectric dams.  Here you can fish, canoe, and camp.

Along Highway 50 is another of the United States’ least visited parks.  The Great Basin Park was created by the forces pulling apart the continental crust so many eons ago, leaving behind parallel basins and mountain ranges.  It is near the town of Baker and was created to protect the bristlecone pine tree.  This stand of trees is thought to be one of the oldest trees on earth and the oldest example is more than 5,000 years old.

Things to see in the park are Wheeler Peak, the second tallest mountain in Nevada, and the Lehman Caves with its stunning flowstone formations.  Tours are available at different times of day by park rangers who can tell you more about how the caves were formed and their history.  There are two campsites available, and it is a perfect place for stargazing.

This park sits in the Sonoran desert and shows you what a desert habitat looks like.  It is the only place where the rare organ pipe cactus grows wild.  It is pollinated by bats and looks similar to the saguaro cactus.  Many other species of cactus make this area their home, and in spring the flowers make the area beautiful and vibrant.  The park borders Mexico, and you are advised to stay on marked trails.  This is one area where you do not pick up hitchhikers and are asked to report any suspicious behavior.  There are two campsites – one for tents and a second for RVs.

Isle Royale is the largest island in Lake Superior, measuring 45 miles long and 9 miles wide.  It is home to moose and wolves, and is one of the most studied areas for predator-prey interaction.  The animals have been tracked since 1980 by scientists to see how rising and falling numbers of moose affect the wolf population.  Even though the island is considered a closed population, it seems no one told the animals and they come and go across Lake Superior.

This is a fragile ecosystem and visitor numbers are limited. Camping is allowed in 36 backcountry sites, reachable by foot or by boat.  No vehicles are allowed on the island.  A good four to five-day hike on the island is the Greenstone Ridge trail, which runs 40 miles from one end of the island to the other; you don’t need to walk back as you can arrange to be picked up by boat at your destination, The Guardian reported. 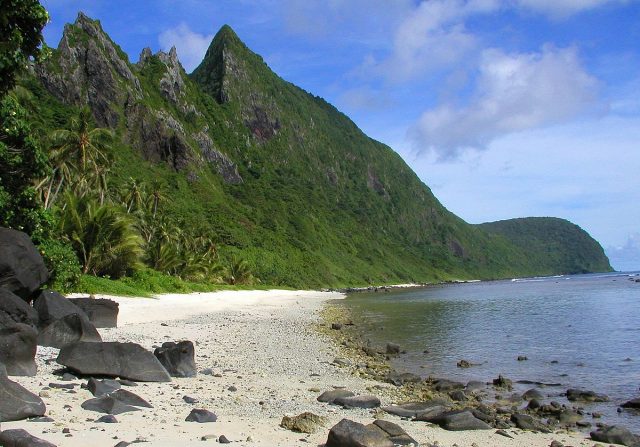 This is a South Pacific park about 5,000 miles from the Californian coastline.  It was created by volcanoes from an underwater spot that has been active for over a million years. Even though they are not erupting at present, the volcanoes are considered active. It’s a good place to go snorkeling and whale watching as the warm waters are teeming with sea life.  It has some of the largest living coral in the world and has more than 250 different species of coral and 900 species of fish for you to see.  This is one of the places in the world you can see the humpback whale breaching the water.

With the beautiful weather upon us, now it’s the perfect time to go out and visit the wilderness. Hopefully, the National Parks above inspired you to explore and venture them.

If you have any comments, please drop us a message on our Outdoor Revival Facebook page.

If you have a good story to tell or blog, let us know about it on our FB page. We’re also happy for article or review submissions; we’d love to hear from you.

We live in a beautiful world, get out there and enjoy it. Outdoor Revival – Reconnecting us all with the outdoors