Each year we hear about more people getting ticks on them and then they run the risk of catching Lyme disease which is rather unpleasant and unless you’re looking for it, it’s often overlooked as the cause of illness.

Here at Outdoor Revival we are a policy of always checking ourselves and if needed each other after being in the woods, or even walking in long grass these days, it’s just not worth the risk. We also use repellant to help keep them off.

This report from US Geological Survey (USGS) highlights the scale and the concentrations of ticks in the US.

The ticks that transmit Lyme disease to people die of dehydration when exposed to a combination of high temperature and lowered humidity, a new USGS-led study has found. In an earlier related study, the researchers found that southern black-legged ticks, unlike northern ones, usually stay hidden under a layer of leaves, where they are less likely to encounter people. The research group, whose findings were published Jan. 11 in the journal PLOS ONE, hypothesizes that southern ticks typically shelter under leaves to retain moisture, and that this behavior is a key reason why Lyme disease is very uncommon in the South.

Lyme disease sickens an estimated 300,000 Americans a year, according to the US Centers for Disease Control and Prevention, making it more common in this country than West Nile virus or any other illness transmitted by insects or arachnids. Black-legged ticks pick up the disease-causing bacteria, Borrelia burgdorferi, by biting infected animals, and can then transmit Lyme disease to people in a subsequent bite. The disease causes fever, headache, fatigue, and sometimes a rash. If not treated promptly, Lyme disease can damage the heart, joints and nervous system.

There are big regional differences in Lyme disease prevalence. In 2015 Alabama reported 11 confirmed cases to the CDC from a population of about 5 million people. Vermont, with less than 700,000 residents, had 491 confirmed cases. Just 14 states in the Northeast, Mid-Atlantic and northern Midwest typically account for 95% of all reported Lyme disease cases.

Seeking an explanation for this phenomenon, US Geological Survey research ecologist Howard Ginsberg and colleagues at the University of Rhode Island and Michigan State University have been studying the metabolism, life cycle and behavior of black-legged ticks. In 2014 they collected tick larvae from different parts of the Eastern US and found that no matter where they came from, the larvae all live longer in relatively cool temperatures.

Longer life spans increase the odds that the ticks will live long enough to first bite an animal carrying Borrelia burgdorferi, and then bite a human. In a related 2015 study, colleagues on the research team found that northern ticks often climb plant stems, where a passerby may brush against them, but southern ticks usually stay hidden under a layer of leaves.

“In the North, when you walk through the woods you’re walking right through tick habitat,” said Ginsberg, leader of the USGS Patuxent Wildlife Research Center’s field station in Kingston, Rhode Island. “In the South, you’re walking on top of the habitat. We think that is a crucial difference. So the next step was to find out why it occurs.” 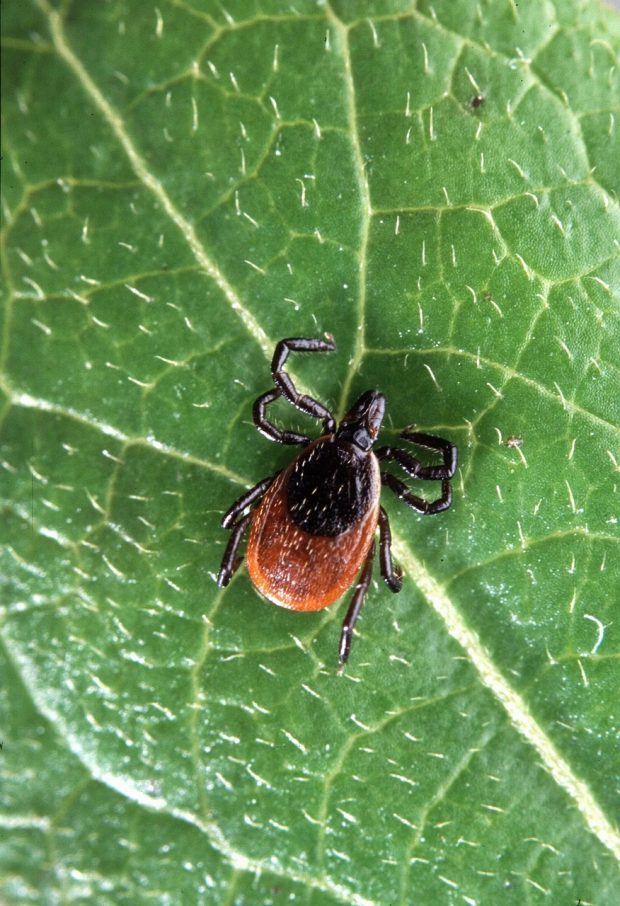 To find out what role regional temperature and humidity conditions play in tick survival, Ginsberg and his colleagues recently conducted the first study ever to look at both factors. In the laboratory, they exposed immature black-legged ticks to a simulated northern climate with temperatures between 72 and 74 degrees Fahrenheit, and a southern climate of 90 to 92 degrees Fahrenheit. Humidities were set to 75, 85 or 95 percent. To rule out the effects of genetic differences between northern and southern populations, the researchers tested ticks from Rhode Island and lab-raised hybrids, with one parent from Wisconsin and the other from South Carolina.

The researchers found the combination of high temperature and lower humidity was lethal to the hybrid ticks. At high humidity, about four-fifths of the hybrid ticks were able to survive temperatures in the 90s for four days or more. But at the mid-range humidities, less than a third of the ticks survived the high temperatures for that long. The effects of humidity were also clear in the Rhode Island ticks, which typically died within two to four days at the lowest humidity, but lived for a month or more at high humidity regardless of how hot it was.

The researchers hypothesize that over time, southern ticks have evolved to stay in the moist environment under leaves, where they are less likely to encounter humans.

“There has been a lot of research aimed at finding out what makes black-legged ticks more efficient hosts for Lyme disease in the North than in the South,” said University of Rhode Island entomology professor Roger LeBrun, a co-author of the study. “People have looked at everything from the effects of temperature on tick life cycles to the types of animals the ticks feed on. Probably all of these play a role. But our results suggest that evolutionary pressure to conserve moisture by staying under the leaf litter surface is a critical factor.”

If the climate gets warmer and drier in border zones like the Mid Atlantic, Lyme disease may eventually become less common there, Ginsberg said. “For example, in the Chesapeake Bay region, we might see natural selection pressure on northern ticks to behave more like southern ticks and stay under cover, so we could get less Lyme disease.”

Outdoor Revival – Reconnecting us all with the Outdoor.