5 Beautiful places where you should avoid swimming to stay alive

Swimming in clear blue waters and sunbathing on beaches has become synonymous with holidays however not all the beaches in the world meet the safety standards despite rigorous tourism campaign by the countries these are located in. Following is the list of some of the most notorious places that could deceive one for elegance but are in fact dangerous in many respects. 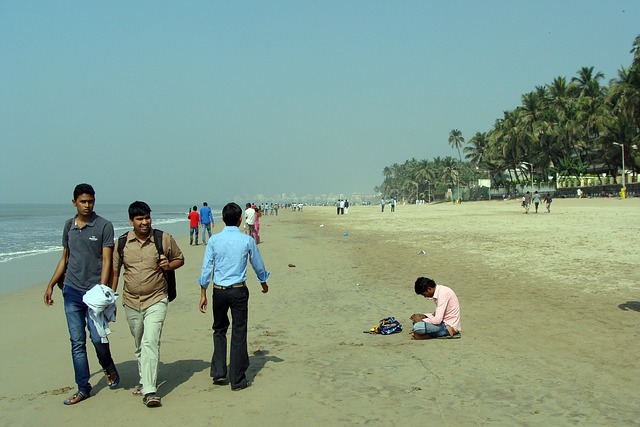 Featuring in almost all the Bollywood movies, Mumbai’s beaches may look elegant and highly cinematic through the expensive Bollywood lenses, the reality is far from it. Nearly all the sewage from the city ends up in the water that touches the shores of these beaches.

A number of local and independent surveys have concluded that unsafe levels of fecal bacteria and other harmful agents in the water make these beaches effectively not suitable for any sort of human activity. Lack of an adequate cleaning system on the beaches and out of date sanitation in many parts of the city means the situation is only going to get worse.

Famous with the surfers and holiday makers this busy beach in Volusia County in Florida has been dubbed the Shark Attack capital of the World for factual reasons. The beach’s shallow waters attract all kinds of small fish which in turn invite the giant predators namely the Bull Shark: the most notorious of all the Shark family.

It has been estimated that at any given time a surfer is no more than ten feet or three meters away from the predator while surfing. In 2008, one-third of all the world’s shark attacks took place near the waters of Volusia County. During 2004-2013, the state of Florida recorded that shark attacks in the county are far more numerous than those recorded in Australia and South Africa combined.

The river from hell, this part of the Chicago River is polluted beyond repair and contains all kinds of pollutants. The apparently happy name of Bubbly Creek does not suit its character; it only describes the bubbles that often appear on the surface of this part of the river as a result of decomposing body parts and animal carcasses.

A number of surveys had been conducted on the south fork of the south branch of the Chicago river and these suggesting irreparable damage that the dumping of meatpacking waste, manure, urine and various body parts has caused to the river.

This treacherous part of the River Wharfe Yorkshire, England is so narrow that it almost invites a passer-by or a hiker to either jump over it or try to wade through it. However, this narrow end of Wharfe has the most powerful current and has the potential to literally sweep people off their feet, which it often does. Many who has stepped into the Strid have never come out of it alive.

This exotic swimming location not only involves risking trespassing charges, there is a possibility that you may not return from your adventurous journey alive.

Kipu Falls is essentially on a private land and due to its immense popularity, it attracts swimming enthusiasts in big numbers since it started appearing in tourist guidebooks in the 90’s.

The falls are essentially the water from a stream that falls and collects creating a pool of fresh water. Kipu Falls has been historically associated with a number of injuries and unexplained deaths, which unfortunately only adds to its mystery, encouraging more and more enthusiasts to come and explore.

Mysterious disappearances have given rise to a number of legends about the falls including the presence of a Mo’o: a reptilian creatures or a spirit that pulls people down to the bottom never to return to the surface alive.

The authorities have advised the guidebooks’ publishers to not advertise the site as a tourist attraction; the area is now protected with fences, and anyone who trespasses will be charged.