In the 1800s most women couldn’t ride a bicycle. In fact, most of them wouldn’t. It was an age of long billowing skirts, where woman’s suffrage was a growing movement and wearing trousers was downright scandalous.

Annie Londonderry first pushed down on her pedals out of Massachusetts State House on June 27, 1894.

She was headed all the way around the world, but she barely knew how to ride a bicycle. A couple of quick lessons in the days before she left was all that separated her from never riding in her life. But she wouldn’t let that stop her.

Earlier in 1894, two rich men from Boston had set a wager. They bet that no woman could cycle unaided around the world and they were pretty certain of their success.

But this incredible lady, whoever she was, couldn’t just cycle around the world.

The terms of the wager stated that she must also raise $5,000 more than her expenses, to prove her self-sufficiency… Oh, and do the whole trip in under 15 months. No small order then.

Annie Kopchovsky would not have been your first choice of woman to pitch against the wager.

She was 24 years old, a mother of three young children (all under 6) and a Jewish immigrant to America, in a time when anti-Semitism was high. Never mind that she had barely ridden a bicycle.

But Annie didn’t need anyone to pick her – she chose herself, and rode out of Boston on June 27 to a crowd of spectators.

But not everyone. Women weren’t supposed to take on such crazy undertakings and adventures, never mind abandon their family for over a year.

There was at least as much disapproval as approval and her own brother didn’t come to say goodbye, although he and her husband were in the crowd. 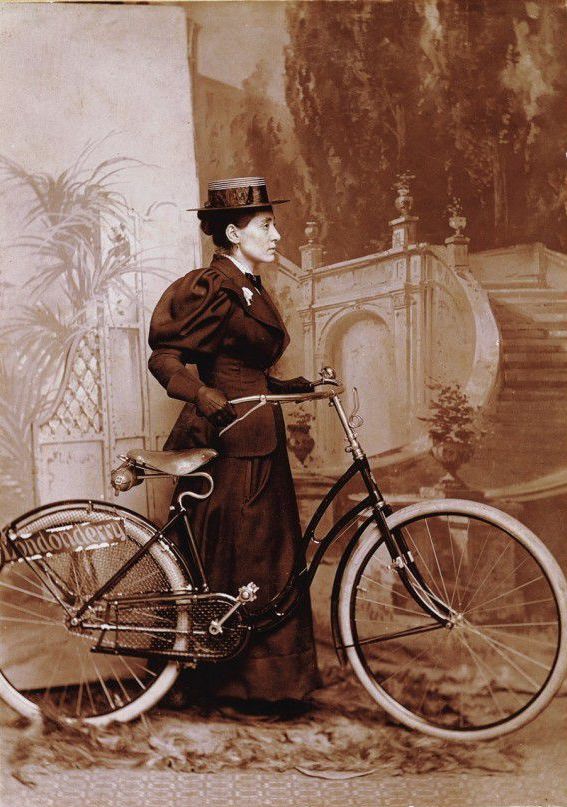 Support did come, though. The bicycle manufacturer, Londonderry, asked her to place an advert on the back of her bicycle for them and use their name as her surname for the trip.

She happily obliged and made the first step towards completing the financial part of the wager. They paid her $100. As the trip progressed, she made money by advertising – pinning brands to herself and sticking signs to her bicycle.

It seems that Annie got the hang of cycling pretty quickly. She headed towards San Francisco, but snow and bad weather left her stranded in Chicago by September. She wasn’t going fast enough. Something had to change.

She swapped her bike for a lighter model with one gear and no brake. She swapped her dress and corset for bloomers and eventually for male cycling attire.

She also spotted a loop-hole in the rules. There was no stipulation about minimum distance cycled. In November she boarded a steam-ship to France and promptly had her bike confiscated by French customs.

Against the odds, she continued to travel from place to place by boat, train and bicycle arriving back in Boston exactly 15 months after she left.

It seems that Annie Londonderry wasn’t only a “New Woman” but also a PR whiz with a tendency to exaggerate.

She definitely travelled the world, from Paris to Hong Kong to Africa, posting slides about her adventure in front of her to arrive in time for the talks she gave.

But whether she was really attacked by highwaymen or ended up in hospital or imprisoned in China is hard to tell. She certainly wasn’t a Harvard medical student, orphan or law graduate as she claimed at various times around her trip. 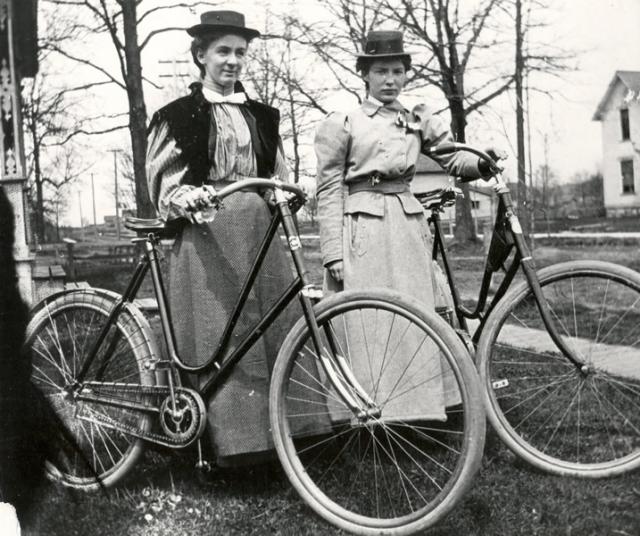 Regardless of the truths, the public loved her. She was an emblem for the free woman, who could do just as much as a man if she wanted to.