Mother nature is a vast and beautiful thing that encompasses the entire Earth and often times is taken for granted by many people. The natural world is truly miraculous to behold, it is stunning, it exists by itself, it creates itself, and adds beauty to our world.

While some people do not appreciate all that nature has to offer, there are obviously more and more people that appreciate the vast beauty that surrounds us all. One of the most amazing things that created are our trees, and one of the most beautifully stunning of our trees is the Giant Sequoia. 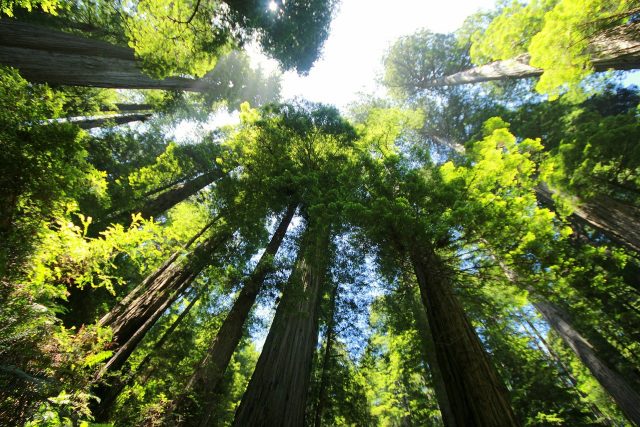 These trees are found in California and are absolutely amazing to behold. They hold the record for the largest trees in the world. There certainly are a lot of really cool and interesting facts that a person can learn about Giant Sequoia trees, as the trees are a truly unique and remarkable.

One of the reasons Giant Sequoias are found in California is because they need to grow in a very particular climate in order to thrive, which is a narrow strip of land a little less than three hundred miles wide on the western slopes of the Sierra Nevada mountains. The elevation in which the trees grow best is around five thousand to seven thousand feet.

While there is certainly a limited environment in which these amazing trees can grow and thrive, there is not a very limited time span under which these trees live, because Giant Sequoia trees can last as long as three thousand years. 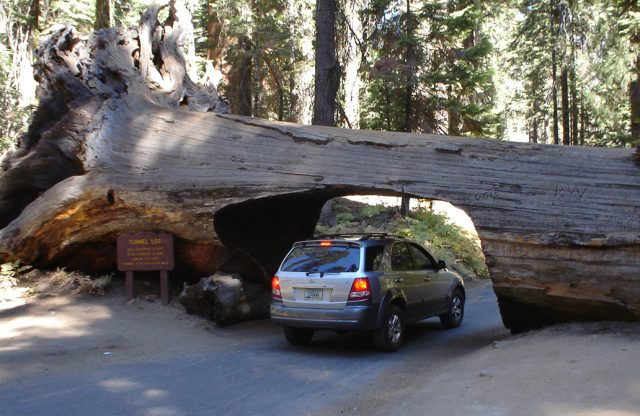 These massive trees have bark three feet thick, which is incredible if you think about it – three whole feet of bark on the outside of a tree!

Additionally, the branches on Giant Sequoia trees have the ability to grow up to eight feet in diameter. When you think of these statistics, it is not hard to imagine just how large these trees are and why they are breaking records worldwide for their size, the Giant Sequoia, the tree has the ability to grow to the same height of a twenty-six-story building.

Back in the day, unfortunately, many people used to log Giant Sequoia trees, but eventually, people learned that the wood is brittle and does not make great lumber, now, fortunately most of the trees are protected from further destruction.

There are some records of a few truly unique giant sequoias which have grown to be over three hundred feet tall but, surprisingly enough, it is not the height of the Giant Sequoia that makes it truly remarkable but rather the girth that makes it one of the more notable trees in the world. These trees are typically more than twenty feet in diameter and as much as thirty-five feet around.

When you think of all of the species in the world and all the wildlife that makes up nature it is hard not to be impressed by the fact that Giant Sequoia trees are the third longest living tree species. This is truly remarkable as there are many different kinds of trees in the world; such vast nature is all around us that to be ranked among the top three longest existing trees means a lot.

These trees are so remarkable because they have the ability to withstand a lot of punishment. They are strong trees, and that is a big contributing factor to their incredibly long lifespan, even given the hit that the environment has taken due to global warming and general human degradation over the years.

An interesting fact about these trees is that the only way in which there is the ability for more trees to come about and to be created is through seeds. The Giant Sequoia trees have their own seeds within themselves, having the ability to remain in their cones for twenty years. Oddly enough, wildfires in the forest have the ability to open up the cones that play host to the seeds, and once the cones are opened up, and the seeds come out they then later grow from within the burnt and bare soil. Speaking of reproduction of these amazing trees, a startling fact is that in order for the population of these trees to subsist, each tree just needs to reproduce just one other tree throughout its entire lifespan, which can be up to three thousand years.

Giant Sequoia trees are very unique and amazing and are truly a stunning sight to behold. It’s worth going out of your way to see a Giant Sequoia first-hand.