The thought of surviving an entire month stranded on a mountain in a foreign country is something completely beyond the realm of imagination for most.

Most people cannot fathom what they would do in this scenario or how they would find the will and perseverance to survive and live to tell the tale. Unfortunately, this is exactly what Czech tourist Pavlina Pizova had to go through, and she lived to tell her story.

Her tale of survival is truly harrowing and she had to overcome huge obstacles just come out on the other side alive. She spent three nights out in the open during freezing winter nights and deal with all of the elements threw at her until she eventually found a hut in the mountain.

Her hike had its start at the end of July when she began hiking the very famous Routeburn track in Fiordland National Park with her partner Ondrej Petr. Unfortunately, they were soon off to a very bad start, as no more than two days into the trek the two hikers became lost and unaware of where to go because of the fog, heavy snow freezing winter conditions covering the mountain.

The two spent one night out in the open wilderness together in frigid temperatures. When they resumed their journey the next day Ondrej fell down a very steep slope and died soon after. This left Pavlina to continue on by herself and look for a chance of survival. She had to deal with the harsh winter conditions and the recent death of her hiking partner and love. She spent two more nights outside, exposed to freezing temperatures while she struggled forward looking for shelter.

While the trip to the hut would have been relatively easy in better weather it took her such a significant amount of time to reach because of the snow and bad weather and fatigue; while the fog made it hard to see exactly where she needed to go also slowing her considerably.

Once she got to the hut she looked inside and saw that there was a public facility that contained fifty beds, but she later climbed through the nearby window of the smaller warden’s hut. This shelter had more supplies and was a more comfortable environment for her to be in. She had the wherewithal to know that staying in the hut was one of the best moves that she could have made at that juncture, considering the terrible snow conditions outside and across the mountain. She was also aware of potential avalanches on the paths she would need to use, so she knew that the hut was the safest place to be and recoup her energy.

While she stayed at the hut for a month, she did try to go out a number of times, but the conditions were still treacherous, and so she would turn back. She attempted to make snowshoes and hiking poles from the nearby wood as well as making an big H from the ash of the fire in case any rescue aircraft flew over looking for her.

Unfortunately for Pavlina, she and her partner had not told any family or friends where they were going, and no one was aware of their hiking plans. As a result, it was almost a month before anyone raised an alarm; finally, the Czech consulate became aware of the disappearance. Police found eventually their car near the trailhead and by sending a helicopter along the predicted route the couple took they were able to find Pavlina later on that day. 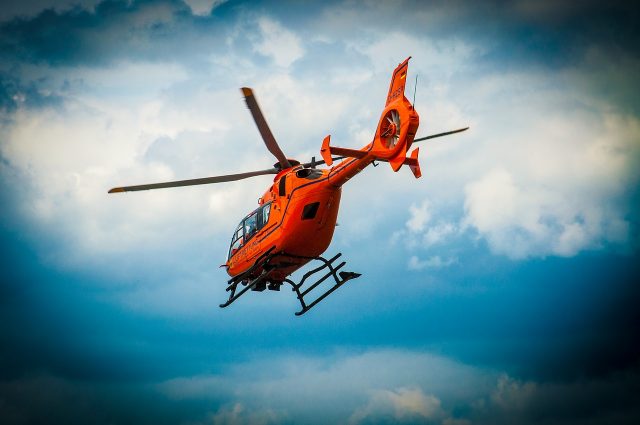 As with anything, there was obviously a lot of public scrutiny once the story broke about what Pavlina did and if she made the right decisions. The problem is that often no person knows what they would do in such a severe survival situation, not until they are actually in that situation can anyone know. Experts are saying that she did make the right decision to stay put in the hut and not explore more and risk being hurt by the elements. The New Zealand police also believe that she made the right decision by staying put inside that hut; this way they had a better chance of finding her and she also had a much better chance of survival as she was able to have food, water, and shelter with relative ease.

Once Pavlina was rescued, she did give a press conference explaining her harrowing ordeal and thanking all those involved in her rescue mission, calling them her heroes. For most of the press conference, she was very calm and quiet, explaining what had happened and what she did, but she did get choked up at points describing her ordeal and the rescue that enabled her to be there talking to people.

This is truly a story of survival, not only did she survive for thirty days of harsh winter conditions, on a mountain in a foreign land, but she also had to deal with the recent death of her partner.

We take our hat off to you Pavlina