Everybody loves Elephants, well, everyone that I know does.  So it’s good to see these Elephants free and hopefully thriving for years to come.

Elephants aren’t something that we talk about much here at Outdoor Revival HQ, we just don’t come across them all that often here, but, we love them anyway and we want there to be Elephants in the world so that we can all appreciate them and see them in their natural habitats.

Boonme and Buabaan have been enslaved for decades, but now they have now been allowed to roam free in Thailand.  These two elephants are hopefully now making a smooth transition from captivity to freedom.

Boonme and Buabaan have gained their freedom due to some fervent fundraising to buy them from their owners.  They were released into Thailand’s Elephant Nature Park in Chiang Mai.

The pair have worked in both the elephant trekking trade and in the logging industry, and both were chained and worked to exhaustion most days.

Their release is due to the YouTuber and filmmaker Christian Leblanc who became aware of the life of these two elephants.  With his fundraising of the thousands of dollars needed, it didn’t take long before the pair were free and rolling in the mud happily.  Mr. Leblanc filmed the rescue and it can be seen in his documentary Black Tusk.  He is hoping that the film will highlight the plight of the elephant trekking trade that is so prevalent in Thailand these days.

For a long time, it has been the dream of many a tourist to ride elephants like Boonme and Buabaan.  However, the practice, which is very popular, has a hidden, darker side.   Many of these captive elephants were wild at birth. 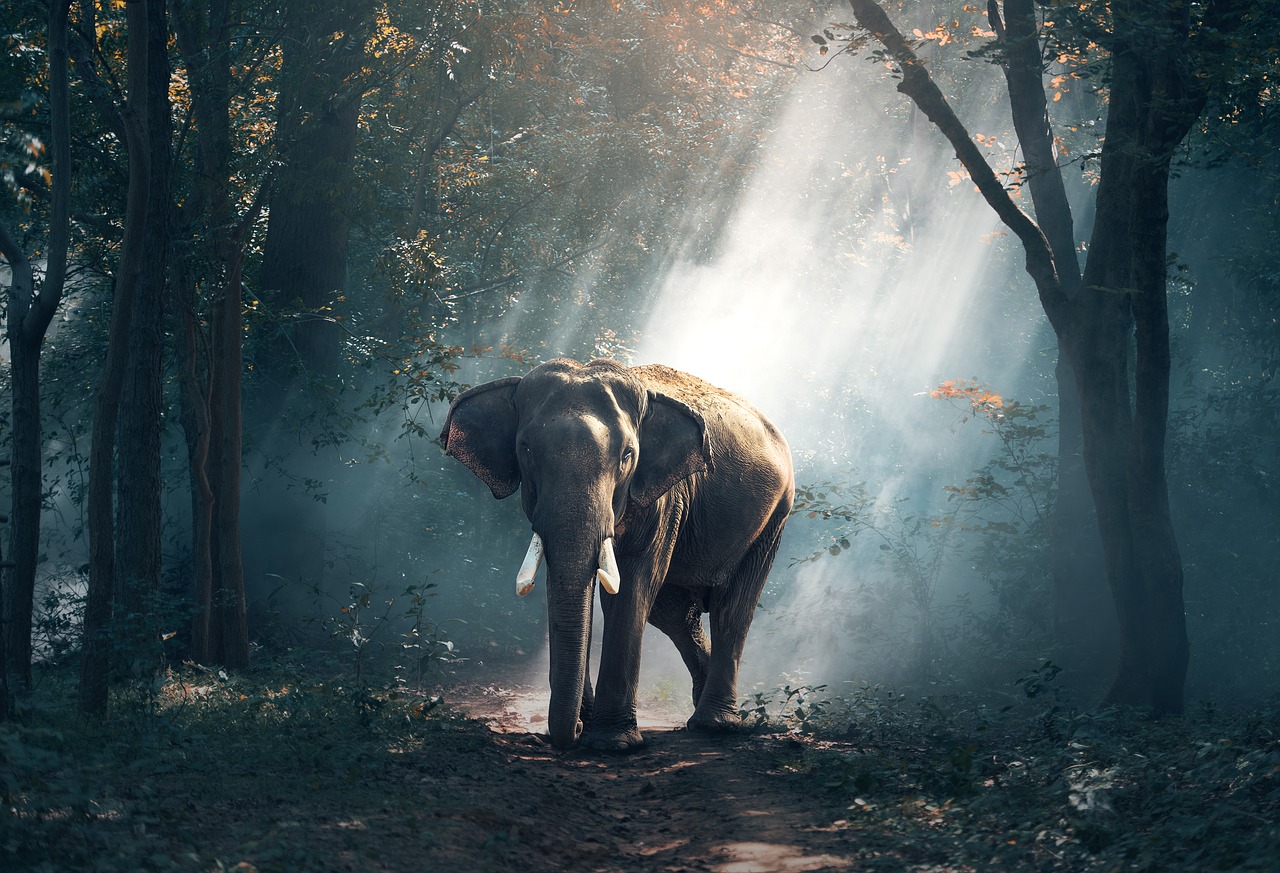 They are being captured from an increasingly small pool of endangered Asian elephants from across the area and this is now starting to have an impact on the numbers being born in the wild.  The training of these beasts is often cruel and is most definitely done away from the sight of happy tourists.

Tourists may very rarely see an elephant being abused but the sad fact is that the process to make a wild calf into a creature that will let you ride it is harsh.

Riding on the back of an elephant is actually physically painful to them.  The people who traditionally ride elephants actually ride on their necks, which are stronger.  Too much weight on their backs can stunt their growth and damage their spines.

They are not bred specifically for riding.  The wild elephant is protected but the captive elephant has no protection at all.  There are no guidelines on how they can be treated, how long they can be worked, or how many tourists they can carry in one ride.  Things are slowly changing, with the internet providing a global eye on things.

For instance, positive reinforcement is starting to be used rather than the stick method in their training.  But the only way real change can happen for these great creatures is if, like Mr. Leblanc, we stand up and make a change ourselves.