The P-40 Kittyhawk found in the desert. The pilot tried to walk out of the desert but didn’t make it

This lost and forgotten World War II fighter is a rare survivor and a sad  memorial to its doomed pilot.

When 24-year-old Flt Sgt Dennis Copping was forced to crash-land here in June 1942 he probably realised he stood no chance of survival. On June 28, 1942, Flt Sgt Dennis Copping of the RAF was flying  a damaged P-40 Kittyhawk between two British airfields in Egypt for repairs and maintaince. But the aircraft never arrived at its destination, and for 70 years the Kittyhawk’s fate, and that of its 24-year-old pilot, remained a mystery.

The RAF fighter plane thought lost in the sands of time after its pilot crash landed in the desert during World War Two has been described as the “aviation equivalent of Tutankhamun’s Tomb”. The almost perfectly preserved Kittyhawk P-40 is an aviation time capsule that has remained unseen and untouched since it came down in the Sahara in June 1942.  Scroll down to page two for video

In May 2012, Polish oil company worker Jakub Perka was on an expedition in Al Wadi al Jadidi, 200 miles from the nearest town when he discovered a crash landed P-40 aircraft. In that remote location no one had disturbed it, and the entire plane remained relatively intact; a makeshift shelter had apparently been constructed outside the plane using a parachute.

There was no sign of the pilot’s remains. Perka documented the site and contacted the the Egyptian military who immediately seized the fighter plane’s guns and ammunition for safety reasons. Soon after its discovery was reported, locals also began stripping the plane for scrap metal.

Flight Sergeant Copping, part of a fighter unit based in Egypt during the North Africa campaign against Rommel, is believed to have lost his bearings while flying the damaged Kittyhawk to another airbase for repair. All that is known is that he went off course and was never seen again.

So what happened to this amazing time capsule? Well, like most things, it isn’t always that straight forward and even worse, it involves the giving away of a Spitfire. The Telegraph wrote in 2015:

A valuable Spitfire has been lost to the nation after an “ill-conceived” deal by the RAF Museum to exchange it for the recovery of another aircraft that it is unlikely to ever receive, it has been revealed. Museum bosses “paid” a salvage team an original Spitfire from their collection to retrieve a Second World War RAF Kittyhawk P40 plane that was found intact in the Sahara Desert 70 years after it crashed. But three years on and the museum, of which Prince Phillip is a patron, has conceded they may have lost the Spitfire with nothing to show for it after the political unrest in Egypt stalled negotiations to bring the Kittyhawk back to Britain.

They tasked a private salvage company with going to Egypt and saving the plane from souvenir hunters in the summer of 2012. They handed the Spitfire, one of 110 remaining in Britain and that had been donated to the museum by the Ministry of Defence in 1998, to Kennet Aviation as payment for the operation.

A team from Essex-based Kennet were given permission to salvage the aircraft and secure it in a shipping container which was then taken to a site at El Alamein – the scene of the battle that resulted in the Allies’ first victory of Germany in World War Two.Since then the country has been gripped by political turmoil and the Kittyhawk is not high on the Egyptian government’s agenda.

“The aircraft has been successfully retrieved and for the time being remains in secure storage in Egypt. “Given the uncertain political situation in Egypt however there is a possibility that Kittyhawk may never be returned to the United Kingdom.”

Pat Chriswick, a military aviation historian, said: “The RAF Museum have done a deal where they have got no delivery whatsoever. They have been incredibly naive. “Surely there should have been some arrangement whereby it was dependent on the success of the recovery project. “The Kittyhawk was recovered from the desert and taken to El Alamein. It is not a big surprise that the aircraft hasn’t left the country. “The exchange was ill-conceived and badly managed. The RAF Museum has nothing to show for it and the nation has lost a perfectly good and valuable Spitfire.”

For many, the aircraft is an important find, a moment in time captured. However, many within the historical community and especially his family,  are upset and offended that no effort at all has gone into finding the remains of Flight Sergeant Dennis Copping.

Dennis, 24, who was from Southend-on-Sea, Essex, his parachute silk was found by the fuselage for use as shelter and the aircraft radio and battery were beside it. He is believed to have tried to walk to safety in the 120°F heat, but is not thought to have got further than 20 miles. In fact, human remains were found within three miles of the wreck. “Dennis’s dad and mum always held on to the hope that as he was listed as missing he would one day walk through the door. Sadly they passed away without knowing or having closure.”

But the pilot’s relatives claim the Ministry of Defence said that the remains were not those of the lost airman. It has since been established that the bones were never recovered or analysed, leaving open the possibility they may be those of Flight Sergeant Copping. 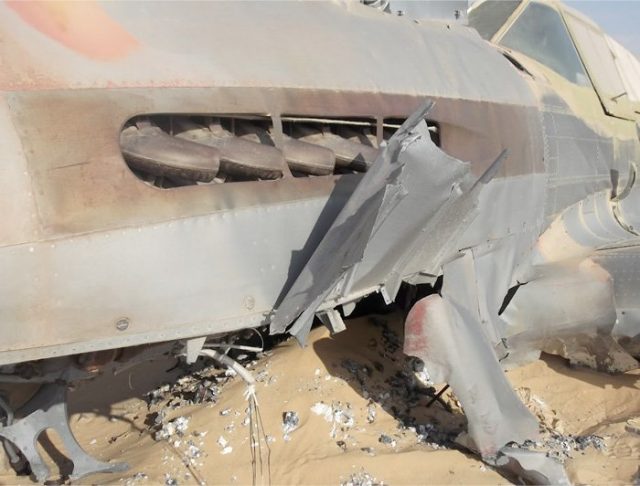