How to survive a plunge into whitewater rapids

After several hours of the grueling Ruta de los Conquistadores in Cuba – a 67-mile cross country race through the jungle and active volcanoes – a 55-year-old American cyclist named Mark Lyon found himself at a river crossing. Mark hopped off his bike and lifted it onto his shoulders; he then began to hike across the river. As Mark crossed, he lost his footing and fell into the rushing water.

Lyons held onto his bike at first, he thought he would simply go to a shallow area and then pull himself out and complete the race, but it wouldn’t be that simple. The water was so fast that it literally ripped his shoes from his feet “I didn’t expect to keep picking up speed the way I did” Lyon says.

Eventually, Lyons let go of his bike and straightened out in the water, sticking his feet out in front of him so they would defend him against rocks. Every once in a while his feet would hit one and sent him spinning. For nearly ten minutes the river carried him, the water would pull him under regularly. “That was the only time I was afraid I wasn’t going to make it,” Lyons says. “I would go down for a long time and then I would feel air on my face, take a breath and get pulled down again.”

Lyons didn’t really have any experience with whitewater, but he still he managed to avoid doing some of the worst things you can do in that situation, says Isaac Ingram, a 15-year rafting guide and the deputy director of the American River Touring Association . “The most dangerous thing that he could have done would have been to try to stand up when he was going down the river,” Ingram says. “Being as exhausted as he was from the bike race, it would have been easy for him to let his feet drop to try to get out.”

Lyons got into what is known as the passive swimming position, the recommended technique if you ever fall into the white water. Because Lyons kept his feet in front of him, he was able to ward against rocks and avoid getting caught on any underwater obstacles. Being caught like that is the most important thing to avoid, says Ingram.

In order to make it ashore Lyons would have needed to turn onto his belly and start swimming perpendicular to the current, says Ingram. However, Lyons got very lucky about a mile downstream; a bend in the river allowed him to slow down and drift to a log that was stuck between two rocks, brace himself, and then climb out.

Even though he was out of the water his situation wasn’t much better, he was alone in a jungle, he had no shoes, and no one had seen him fall. So for the next 30 hours, he walked barefoot through the jungle, subsisting on spring water and sports drink powder.

“Clearly he is a survivor,” Ingram says.

Finally after reaching the race track the next day he was found, but even then he wasn’t yet out of danger. His kidneys and liver were near failure, Lyons spent the next six days in a hospital bed recuperating, and it was then that he finally realized just what it was that he had survived. “Once I was in the hospital I realized how lucky I was.” Lyons said. 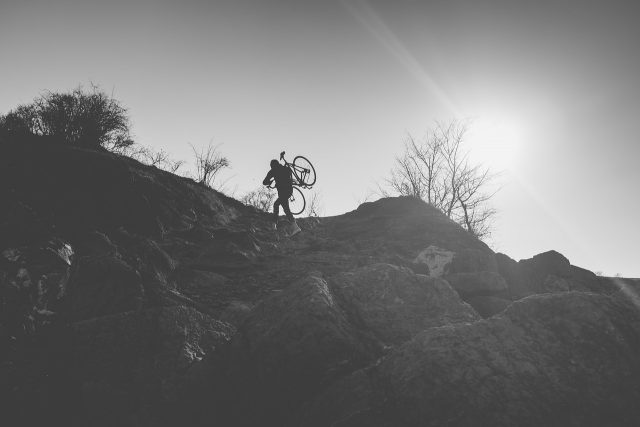