The Top Seven Basic Urban Survival Skills You Must Learn

Surviving in an urban setting after a major disaster such as an EMP attack will require you to learn a variety of important special skills.

Here are the top seven basic urban survival skills that you will need to learn:

The first major skill that you will need to learn is situational awareness. Situational awareness is simply how aware you are of your environment. Take note of things such as the conversations going on around you, the exit points when you enter a new building, anything out of the ordinary, and who enters and leaves the building.

In essence, you learn how to be aware of your surroundings and live in the present moment rather than daydreaming or zoning out.

An equally important skill to learn is self-defense. Crime is going to skyrocket after a major disaster hits an urbanized area. There will be large mobs, organized raiding parties, looters, and individual burglars.

Situational awareness is the first part of learning self-defense. The second part is having the ability to defend yourself. You should have weapons that enable you to do this such as a knife, pepper spray, taser, or defensive firearms that you can carry on your person.

After a major disaster, you will no longer have access to doctors or professional medical help. You will need complete first aid kits – one at home and one in your car – and you will need to learn basic first aid skills such as resetting a dislocated limp, stopping the bleeding of an open wound and treating it, and taking care of a splint or broken limb.

A gray man/woman is simply someone who can blend in with their surroundings and avoid becoming detected.

Tips for becoming a gray man/woman include: 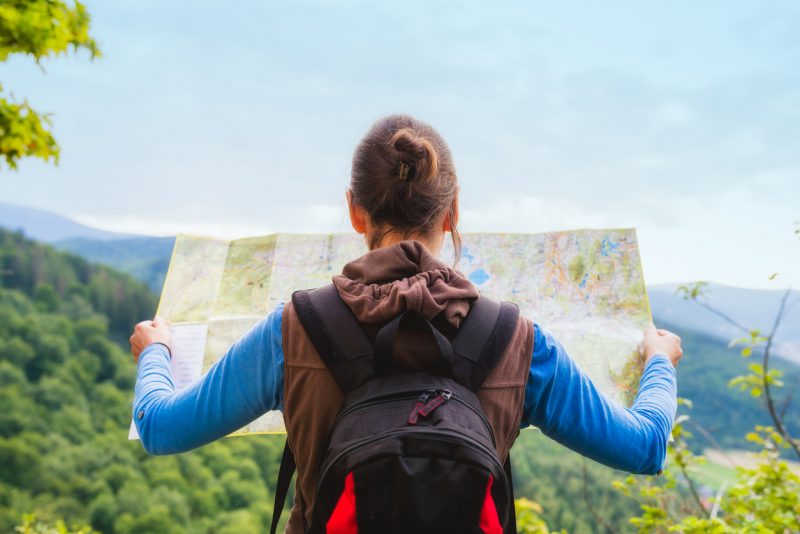 Finding your way home should be your top priority when a major disaster hits your city. You may think you can just drive back, but it really won’t be that easy. For one thing, the streets will become clogged up, and as the result of an EMP Attack or Solar Flare, the vast majority of cars won’t even work!

Therefore, you need to have primary, secondary, and tertiary routes planned out for getting back home on foot. These routes need to avoid places that are the most crowded and dangerous – such as intersections, major stores (as they will be looted), bridges, tunnels, and government buildings.

You will also need to have a get home bag or a light bag of survival items that you can carry with you to help you get back home.

At a minimum, this get home bag will need to contain the following:

The only negative thing about having a get home bag is that having any backpack is going to put a target on you as it stands out in a crowd. Desperate people will immediately associate a backpack with having valuable items, so be sure that you opt for a smaller bag that will be easier to conceal and that you can keep secured to you.

The next major urban survival skill you will need is how to scavenge for resources.

Specifically, you will need to know how to scavenge for food, water, first aid equipment, and basic survival supplies.

As far as where the best places to scavenge are, your best bets will be any of the following:

Be sure to have items that you can barter in return (this is why it’s important to develop a secondary stockpile of items to barter with in addition to your main stockpile).

Always bring at least 1-2 other people with you when you barter. Be armed, and have backup watching through binoculars or a rifle scope from afar. You also must be willing to walk away, and never show that you are desperate or start with your highest offer.