US Department of Transportation and the Federal Aviation Administration have now joined in the ban on Samsung’s troubled Galaxy Note 7 devices on aircraft. A decision last Friday when they issued an emergency order banning it from air transportation in the USA.

Passengers carrying or in possession of such phones will be denied boarding.

The ban came into force the following day spelling out to individuals owning or possessing Samsung Galaxy Note7 phones that they may not transport the device on their person, in carry-on baggage or even in checked baggage on flights within the United States plus internationally inboard or outbound flights. The two agencies also said the phones also could not be shipped as air cargo.

This follows after a recent warning issued by European Aviation Safety Agency (EASA) which turned out to be very good advice. Southwest Airlines in the USA had confirmed one of its planes that was due to fly from Louisville, Kentucky to Baltimore, Maryland had to be evacuated before take-off because of an incident with a Samsung Galaxy Note 7 phone. A similar Galaxy Note 2 phone caught on fire on a flight from Singapore to Chennai in India.

An official communication from the phone company recently had highlighted issues with the Samsung Galaxy Note 7. However, that now has been raised today a total recall of all Note 7’s now. Samsung has taken this action after even replacement phones have been catching fire the Southwest Airlines incident was on a phone deemed to be safe by the Samsung!

The European Aviation Safety Agency is advising passengers and crew members to keep these devices turned off and return them immediately as per manufacturer instructions. They say certainly not to charge them whilst on board an aircraft and also do not put them into their checked baggage.

Passengers are being reminded of the need to inform the cabin crew when a device is found to be damaged, hot, or produces smoke. Also to tell them if they have lost them onboard or if it has fallen into the seat structure.

Samsung have launched a huge worldwide phone recall and swap program with their website headlining a call for owners as they try to track down over 2.5 million phones.

They have issued this statement about the latest incident, “We are aware of an incident involving one of our devices. At Samsung, customer safety is our highest priority. We are in touch with relevant authorities to gather more information and are looking into the matter.”

Portable electronic devices including, cameras, laptops and phones should be carried in hand baggage and not placed into any checked baggage.

Lithium batteries are contained in a whole host of everyday items including E-cigarettes and when damaged or short-circuited they can overheat and the batteries catch on fire.

BATTERIES ARE IN MANY ITEMS THESE DAYS

International Civil Aviation Organization (ICAO) too have reported several e-cigarettes incidents where overheating has resulting in a fire in checked baggage. They now state that these devices can only be carried in the cabin and also it is forbidden to recharge them on board.

For some time now lithium battery-powered personal transportation devices or hoverboards, as they are commonly known, have been banned from both the hold and the cabin. 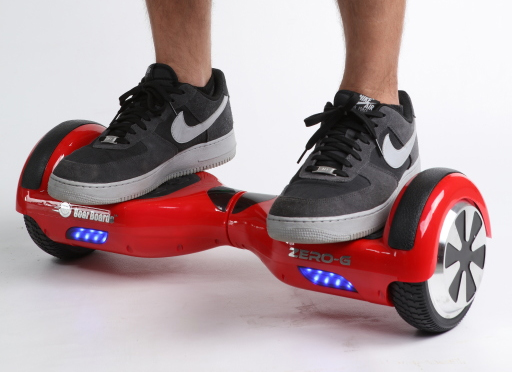 Passengers are not allowed to carry such power pack batteries in their checked bag, as the batteries have a rating of 100watts or more. It is therefore suggested that it is best to leave these items at home when flying.

The EASA has gone public to ensure that this information is conveyed to the traveling public and to all aircrew.

Travel photographer, writer and blogger Geoff Moore has been a member of the British Guild of Travel Writers for 10 years and has travelled the world for over 30 years.