What Can’t You Do With Duct Tape – Err, Not Much

Duct tape is great stuff! Just yesterday outside the Outdoor Revival office we needed to patch up a tarp and what was the first thing I went for? You got it; Duct Tape! Although we can get a bit confuse because Duct tape comes from the Duck Tape company, so you’ve got Duck Tape selling Duct tape, I’m glad that’s all clear for everyone.

Most of you say that there isn’t anything that duct tape can’t do, regardless of your outdoor activities, we’re all McGuyvers when we’ve got some Duct tape in hand. 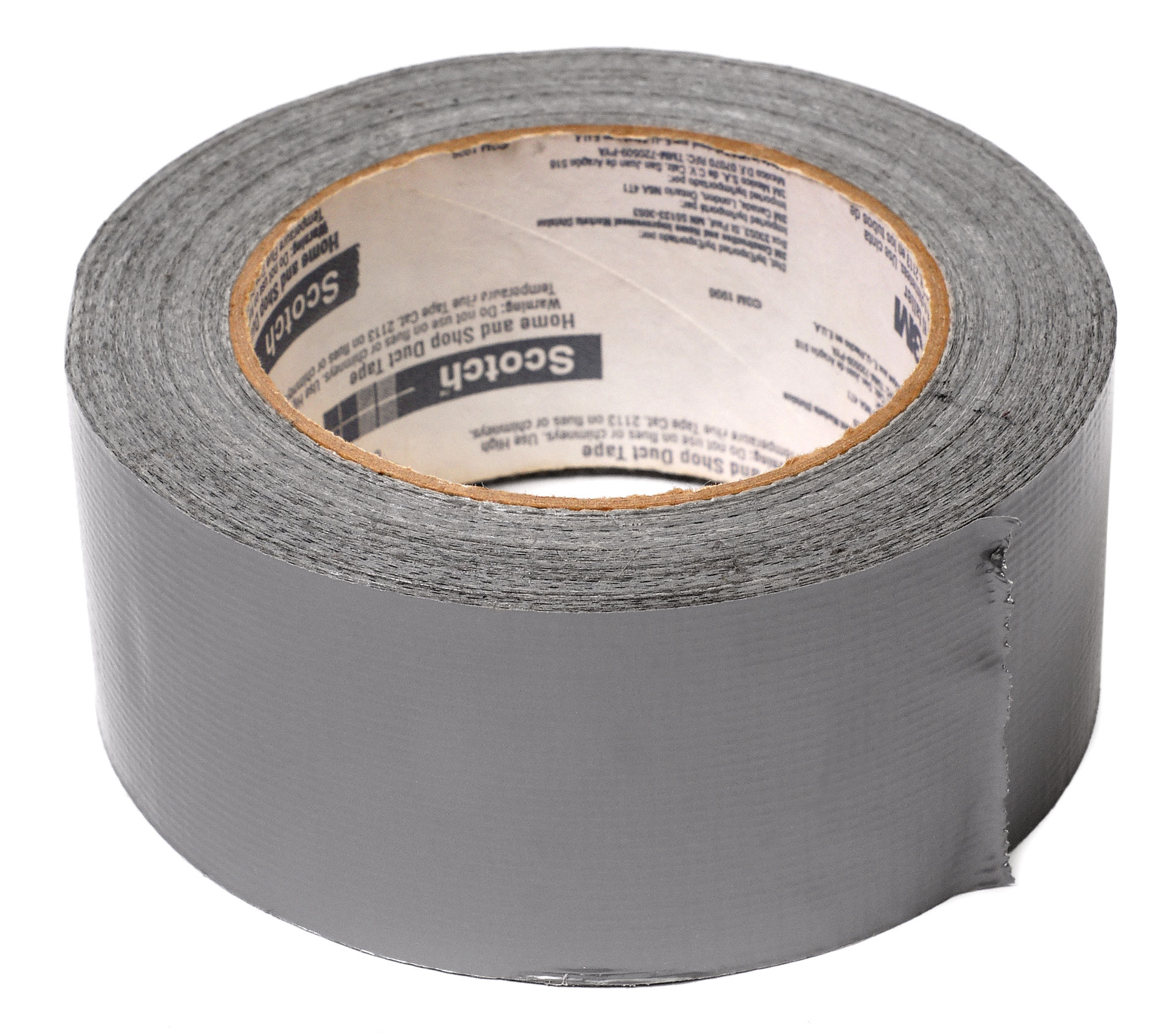 We all know the silvery salvation is something you must have for any adventure you go on. Duct tape is a tool, a patch when you’re in a pinch, a camp, wedge, a ball, gag (don’t try this one though!) and much much more.

To list everything that duct tape has done to save our butts in the wilderness could take weeks. To make a complete glossary of potential uses would be a monumental task and beyond the scope of this article.

There’s the story of Burt the Turtle, who had been hit by a car. A bystander was a quick thinker and saved the day when he duct taped his cracked shell until Burt was able to be treated by a vet.

And we all the military use it extensively and that Duct tape has been on NASA space ships for years, they’ve even used it a few times, one such usage occurred in 1970, when the square carbon dioxide filters from Apollo 13’s failed command module had to be modified to fit round receptacles in the lunar module, which was being used as a lifeboat after an explosion en route to the moon. A workaround used duct tape and other items on board Apollo 13, with the ground crew relaying instructions to the flight crew. The lunar module’s CO2 scrubbers started working again, saving the lives of the three astronauts on board.

There’s another story of two kayakers who had damaged a boat on the outward leg of an out and back paddle. This might not have been such a predicament if these people were not 10 hours away from camp and directly in the middle of bear country. The duct tape was able to save them from sinking.

Ultimately the list of what Duct Tape can do it infinite, there’s just too many uses to think about as they’re dictated by the imagination of the human species. You can even buy duct tape wallets on Etsy and eBay

It’s worth mentioning though that Duct tape is not a permanent solution. Even though we often see things that are held together for years and untold items that seem to be made from the tape after being repaired so many times. The point of Duct tape is to repair or hold something temporarily till you get it fixed or held properly.

Not all duct tape is the same so make sure you read the labels so that you know what it’s good for. If you want a tape that’s good outdoors, then you can get UV resistant one that’s much better to use than the standard tape, although I have to say the standard tape has performed very well for all my needs indoor or out, the most important thing I’ve found is that you make sure the surface is a clean as possible and it’s not too cold because a little warmth allows it to stick better.

So, if you’ve not used Duct Tape before then you ought to get some and when you do you’ll realize just how often you throw stuff away or think your kit is broken beyond repair when in fact you’ve been completely wrong, all things can be saved with Duct Tape, from Duck Tape.