A year ago British TV’s Channel 4 started a 12 month sociology experiment/reality TV show combo, and it’s just come to an end with it seems, mixed results.

Many people will think that what they did would be a dream, but for many of them, it was more a nightmare. The 23 volunteers who agreed to live for 12 months on the Ardnamurchan peninsula in Scotland had to create new lives from scratch with just the bare minimum given to them for their initial survival.

The idea was to take people back to the basics so that they could follow their progress in fending for themselves and be self sufficient, just as our ancestors had to be.  It’s probably not worked as a historic reenactment, the cast don’t generally seem to be people that lean towards working hard on surviving, gaining knowledge and learning necessary skills.

Based around the beautiful Cul na Croise Bay, the group had 600 acres to work with to build their shelters, hunt, sleep and live together. The show got off to a rocky start with only 10 of the volunteers seeing it through to the end and so far only four episodes have been shown on TV over seven months ago and the remainder due to be scheduled.

Many of those that left early blamed the Scottish midges for an experience that was just too horrendous to cope with. In reality, there were many reasons for some of the cast being unhappy, hunger, attraction to one another, feuds and fallings out that all made it untenable for over half of them.

We don’t know if the experiment, come show, was a success, no doubt channel four will spin it as best they can. It’s fair to say though that many people including a number of the cast think it’s failed miserably.

The 600 acres was surrounded by a 7 foot high fence for most of it and coastline for the rest, but that didn’t stop the cast from sneaking out to get junk food and alcohol. Some were even seen at the dentist because of damage caused by eating chicken grit! I’m not sure how that happens, but I’m looking forward to hearing the story.

A spokesperson for Channel 4 said they could not give any information on the series or the cast, but they would be airing episodes sometime in 2017.

It seems to me that it was actually a good idea to try it, some of the outcomes could be predicted by most of us, but I’m sure that there’s going to be some good points to take from this, even if they are just the things not to do. 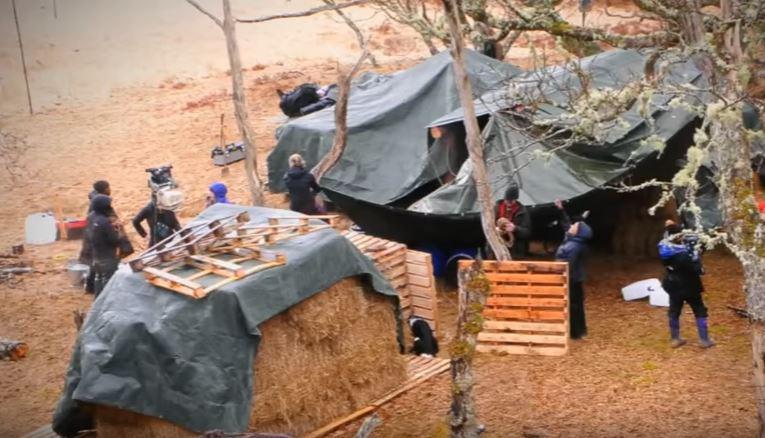 Those that saw the experiment through to the end will have learned a lot about themselves and although this didn’t turn out to be a modern Eden, some I’m sure will be grateful to have had the opportunity to try.  If nothing else, they got to meet Bear Grills when he dropped in to give them some coaching on butchering a sheep.

Until the series is shown in its entirety, we’ll just have to hope it’s better viewing than it sounds.