Make a bed outside: How recreational camping started

Camping is one of the most fun summer pastimes for people all over the world. But how did this recreation start? When did camping turn from being a travel necessity to something that people go out of their way to do for fun? Let’s take a look at the history of camping and how it became what we know and love today.

Before people went out of their way to sleep in the woods, people were doing it out of necessity. Whether it was an army on the move, setting up tents to operate and sleep in during wartime or people migrating from place to place, sleeping outside used to be needed. There were not an expanse of hotels and highways for travelers to follow in order to have a safe and comfortable rest when on the road.

Camping for Sport in Europe

Thomas Hiram Holding, a British traveling tailor, is often given credit for being the founder of modern camping. Not only did he write the original camper’s handbook, but he had also developed a life-long love of camping while traveling as a young child.

Holding was an excellent outdoor enthusiast in general. Not only did he love camping, but cycling was also a great passion. He was glad to share his enthusiasm with others, trying to share the wonder of the outdoors.

Camping took hold with the British during the Victorian era, being connected to the common Victorian pastime of boating. Because camping equipment was so heavy, campers would transport camping supplies by boat and then set up camp near the water.

Camping for Sport in the States

While Holding was pushing the popularity of camping in Europe, the United States had their own camping movement already started. Gunnery Camp was founded in 1861 by Frederick Gunn, who ran a boys’ school. He would take his wards out into the woods to set up camp and fish, hike, and just be in nature.

The YWCA, the women’s YMCA, also started a camp for women in 1874. It would be a full decade before the YMCA would catch onto the fun of camping and create their own camp.

Over time, the sport of camping gradually increased in popularity and campgrounds became more commonplace. Campgrounds offered sites that were easy to pitch a tent in as well as offering more safety in numbers to fellow campers.

As camping was a growing pastime, the equipment that many used created a growing industry. Today it’s much the same with constant striving for innovation and comfort we have new camping gear available all the time. 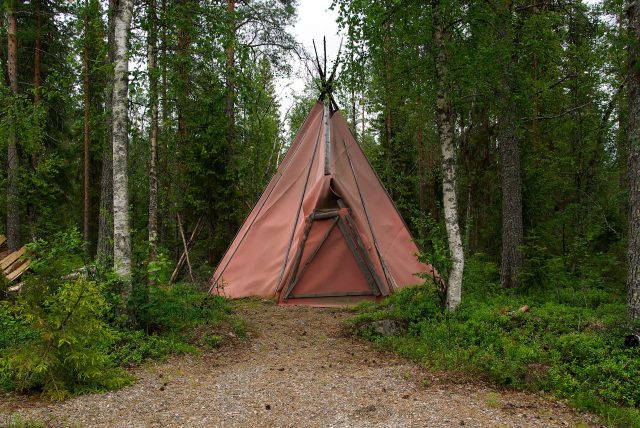 The tent has been around as long as there have been people. But the tent that we know so well today was created by a U.S. Army officer who modeled it after the Native American teepee. The tents we use today are based on army tents from World War II with changes made to provide water and weather proofing, easy assembly, lightweight portability, and lightweight poles. 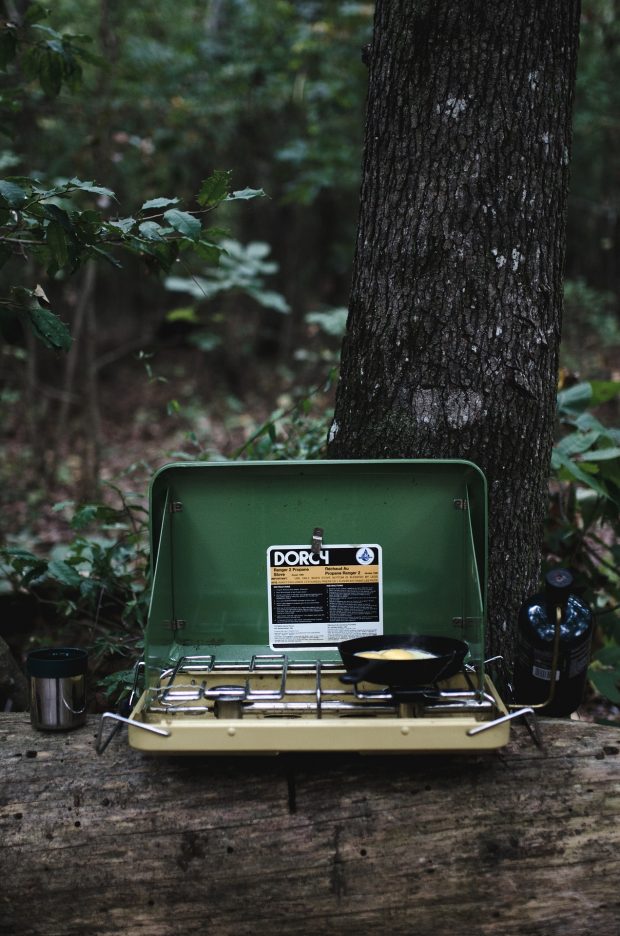 Sure we have all cooked over a campfire. While that can be novel, it is not always the most efficient or easiest method of cooking meals when out camping, especially in poor weather.

During World War II, Coleman developed a fuel-powered, compact stove to be used on the battlefield. It has been long-considered one of the most important non-combat related pieces of war equipment to have been created during this period.

The stove was later made easier to use for recreational campers and is still very much employed today. 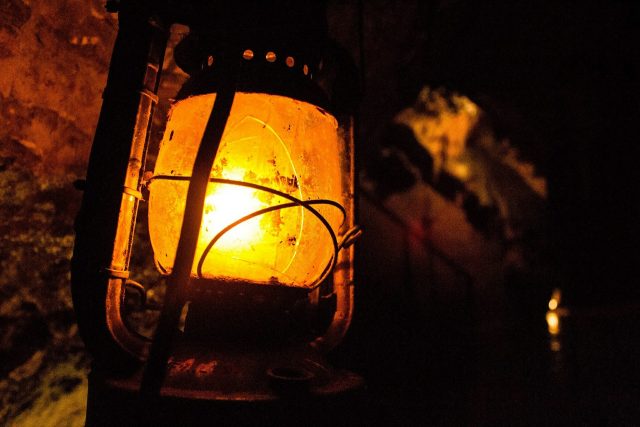 Lanterns have been around for ages, allowing us to see in the darkness. This is can be essential in the darkness of the wilderness, where you are limited by the amount of sunlight you get in a day.

The first liquid fuel lantern came out in 1905, created by W.C. Coleman. His lantern gave better light and did not have the smoke that came with the lanterns before. Fuel lanterns are still used today, but we also have battery-operated lanterns that pose no fire hazard. 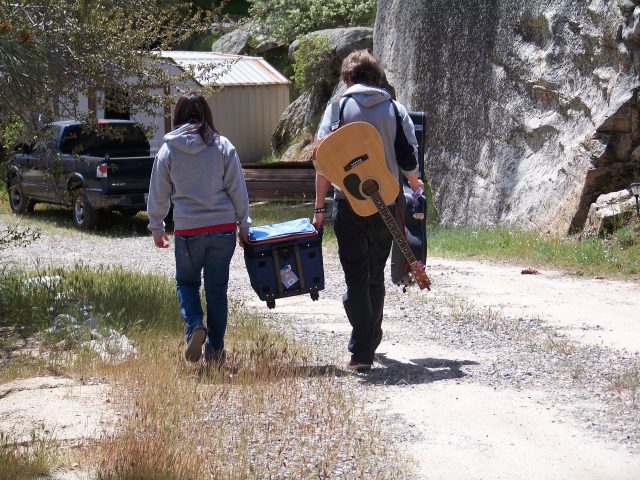 As a solution to the difficulty of keeping food properly chilled while camping, Coleman created an insulated cooler in the 1950s that replaced the rusty ice bins of yesteryear. Not long after, Igloo made a plastic version of the cooler, making it lighter and easier to use for campers. 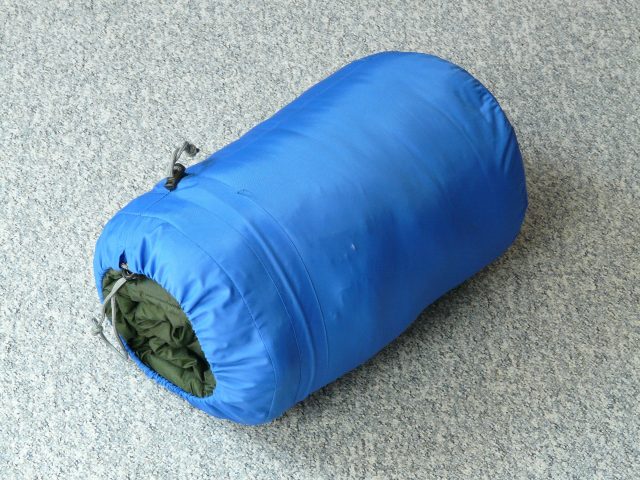 Of course, we have always needed some way to stay warm while we are sleeping outside. The types of bedding have varied greatly depending on where you are, but the sleeping bag that we know today has its origins with the turn of the 19th century, when a European design appeared, featuring wool-lined, waterproof bedding.

The animal-based designs were replaced during World War II when the bulky down-filled sleeping bags became a standard issue for soldiers. From there, sleeping bags moved to a synthetic fill that are still used today alongside down bags.

Some tough campers out there scoff at the idea of sleeping on an air mattress, but we have been using them for a long time. After all, the outside ground can be rough, bumpy, cold, and damp, making an air mattress helpful for your sleeping comfort in the woods.

The first air mattress was created in 1889, and its design is still the basis of what we use today. The foam camping pads were introduced in the 1960’s and are a nice alternative to the classic air mattress.

The history of camping is long and vast, but most of the modern camp luxuries we have today really came about within the past 100 years. The camping innovators have all brought us such a wonderful way to de-stress and provide a kind of quiet solitude to reset your mind. So make use of all of the innovations of old and have fun camping!

Addendum:  After initially publication of this article on our website, a reader sent the following comment to our FB page.  We thought it worth passing along:

From reader Nancy Brough:  “Add to your available shower suggestions that most YMCAs provide a towel, bar soap, and a shower at a reasonable price for non-members.”   – Thanks Nancy!