In my opinion, some of the most inspiring books ever written have been written by survivors. People who have come through and out the other side of a survival situation are changed forever.

There are many tales of overcoming harrowing obstacles as a means to survive and live to see another day. Finding yourself in a situation that you did not expect can really trigger some serious survival instincts, or it can also make you panic and sometimes overreact – how each person is going to react can be very different.

Susan O’Brien was stuck in New Zealand Park for a mere twenty-four hours when she went into full blown survival mode. She was gone for less than a day yet still drank her own breast milk as a means to keep up her strength.

Although she was gone for a relatively short time, hindsight is twenty-twenty, and she had no way of knowing just how long she would be lost. While this experience ended up not being terribly harrowing, there are certainly tales of survival that truly accounted for people overcoming great odds to ultimately persevere.

Ricky Megee woke up one day in the middle of nowhere in Australia’s northern territory. He was underneath a plastic tarp and had some rocks on top of that. He was wearing only shorts and a t-shirt and was completely all alone and had no food or water with him.

Allegedly, Ricky had picked up three hitchhikers who drugged him and left him for dead in the Australian outback. What is unbelievable is that Ricky Megee managed to survive there for seventy-one days. How he survived is truly remarkable, given the way in which he started off stranded. He used scant rainwater and eventually found an abandoned dam to quench his thirst. For food, he ate leeches right out of the dam, as well as grasshoppers. He could cook frogs when he found them as well. Eventually, he was found but weighed only a mere ninety pounds at the time of his rescue.

Marco Lavoie was a Quebec native who had decided to take a canoe trip in Northern Quebec. He was on the fairly difficult Nottaway River when a bear raided his camp. In the process, the bear ate his food and destroyed his boat. After the raid, he was unfortunately left with very few supplies and just his dog.

Marco survived for ninety days. When he was found he was delirious and could barely utter a word; his dog was nowhere in sight. After being in the hospital and getting stronger, he revealed that, unfortunately, he had killed and eat his dog. The fact that he ate his beloved dog certainly came under a lot of public scrutiny as people simply could not understand how any person in any situation would have the capacity to do that. Some survival experts came to his defense, stating that you have to do what you must to survive and after a certain time that survival instinct just kicks in.

In 1972 there was an Uruguayan Air Force plane that crashed in the Andes. There were forty-five people who were on the flight and the vast majority of the people who were on the flight were members of the Uruguayan rugby team and their families. After seventy-two days there were only sixteen survivors left and the ones who survived were only rescued because they had the strength to trek through the mountains as a means to find help and safety.

The sixteen survivors admitted in a later press conference that as a means to survive they had turned to cannibalism. Desperate for sustenance and some form of survival, they had eaten limbs of the members of the flight who had either died on impact or who had later died as the result of a harrowing avalanche. Public opinion did not respond well to this at all as it is certainly frowned upon to eat other human beings. 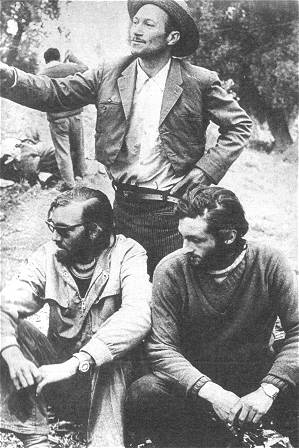 As time went on, though, people did come to a realization that the sixteen survivors simply did what needed to be done in order to live to see another day. The plane had crashed over the Andes, and the people aboard were not remotely prepared to withstand the frigid temperatures nor to be stranded for that long period of time, The Weather Network reported.

Another amazing tale of survival comes from Aron Ralston, who had a movie made about his harrowing tale of survival. James Franco played him in an amazing movie that detailed the crazy decision that he had to make in order to live to see another day and make it home alive.

Aron was hiking in Utah when he suddenly became stranded and knew that there was simply no chance that any person would come there to rescue him or find him. His arm was stuck between rocks, and he had no way of getting it out. So he made the painful decision to cut off his arm and then walk to get help. He cut off his own arm so that he had a chance of survival and used quite a rudimentary tool to get the job done at that.

These tales of survival are truly crazy and to imagine what someone would have to do to make it through a crazy tale of loss and obstacles and come out on the other side alive and well is truly inspiring. For many, these tales are unbelievable in what people had to do just to ensure survival. God bless them all.