Siberians are the best at rescuing sinking vehicles in frozen lakes

When a local Siberian told a photographer that “we are Buryat people and we have brains”, he didn’t know how to take this new information, but, after witnessing an heroic rescue, he now knows exactly what Boris Avdeev really means.

Frozen lakes are what Siberia is famous for and in deep winter these frozen lakes are as solid as any road on land. However, as temperatures rise the ice sheet gets weaker and weaker putting people and their vehicles (Yes, people do drive over frozen lakes a lot) at constant risk. 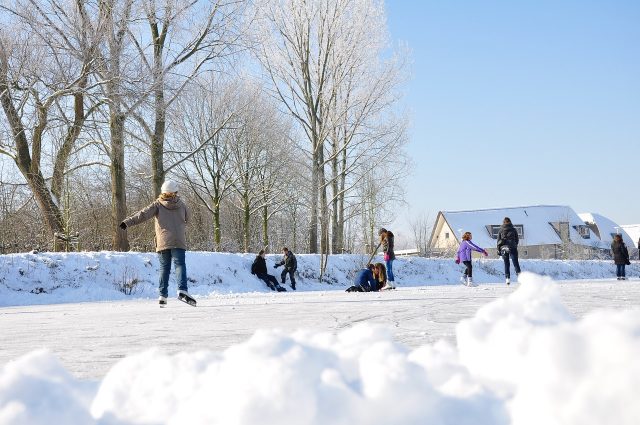 A Honda 4×4 plunged through a massive crack on a frozen lake, to an outsider, it definitely looks like lost cause, even when all the passengers safely make their way out. But for the locals, it is only the beginning of something they perform quietly and often in the region i.e. rescuing drowned vehicles. Baikal waters have devoured countless vehicles, and if you look through the clear waters in summer, you can clearly see these lost vehicles resting at the bottom.

The fishermen inside the vehicle were in fact on a routine trip but unfortunately had veered off of what was considered a safe ice road and ended up on an unknown track. And while on this new road, off the Buryatian coast of Baikal, their jeep went straight through a crack and started sinking into the water.

According to eyewitness Viktor Makushev, people at the bank could see the jeep first driving off the usual track road and quickly going in the lake some 50 meters away from the bank. The fishermen had decided to take a shortcut that proved to be almost fatal for them.

The fishermen had in fact seen cracks forming on the road when they switched tracks but apparently overlooked the hazard. After their fall in the frozen lake fishermen quickly managed to get out of the vehicle. However their jeep was left completely submerged with only the top of its roof exposed.

The method that locals in this Siberian region deploy to recover the drowning vehicles is simple yet highly effective with a hundred percent success rate. The method revolves around a simple physical law of distributing the force and maximizing the force applied.

The fishermen’s Jeep was recovered by first sticking a wooden frame on the rims or under the jeep so that the jeep is joined with the frame. While a group of men put a long steel pipe in the icy lake and wrapped a strong piece of rope on the pipe.

Once the frame was firmly joint the rope was then tied in the middle of the frame and the pipe was rotated using a tied-up log of wood which was then rotated by three men. The log meant less force by the men and more force on the frame at the end of the rope. The whole process took half an hour, and the jeep was out of water; now it just needed a long and thorough drying.