The giant redwoods are the worlds largest trees. When the pioneers of north America came upon these monsters, they must have been spellbound by them.

Today many of us judge those they felled these giants and destroy and amazing eco-system. However, it was done with the knowledge and thirst of growth of the new world.

A series of photos came out during the 1915 era where there are numbers of lumberjacks seen working on the giant redwoods of Humboldt County in California where the tree logging was on its peak. 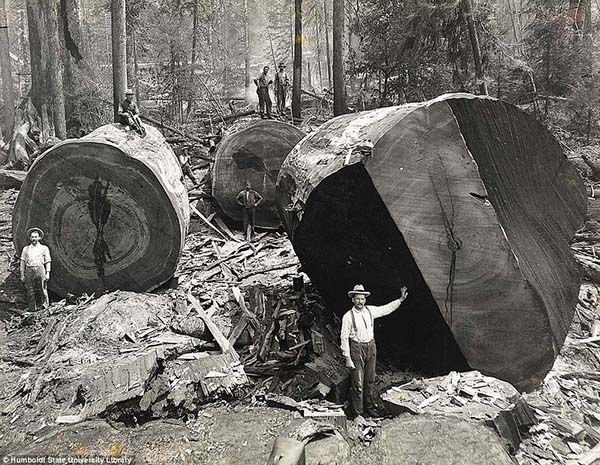 In 1850, old-growth redwood forest covered more than 2,000,000 acres (8,100 km2) of the California coast. The northern portion of that area, originally inhabited by Native Americans, attracted many lumbermen and others turned gold miners when a minor gold rush brought them to the region.

Failing in efforts to strike it rich in gold, these men turned toward harvesting the giant trees for booming development in San Francisco and other places on the West Coast. After many decades of unrestricted clear-cut logging, serious efforts toward conservation began. 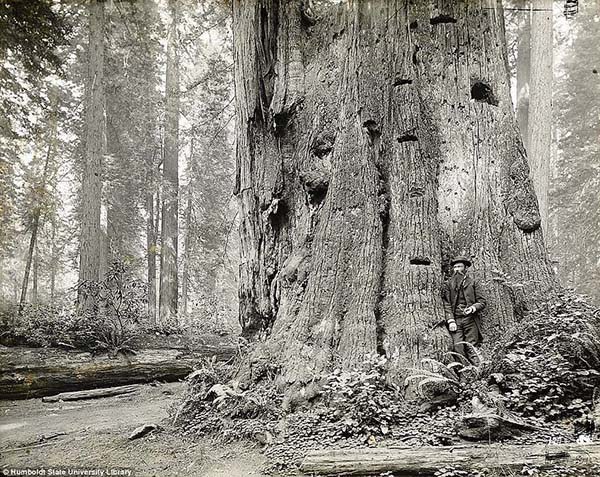 It is estimated that old-growth redwood forest once covered close to 2,000,000 acres (8,100 km2) of coastal northern California. 96% of all old-growth redwoods have been logged, and almost half (45%) of the redwoods remaining are found in Redwood National and State Parks. 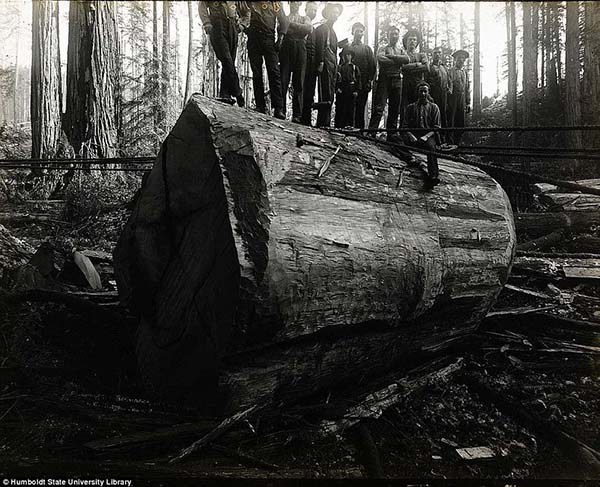 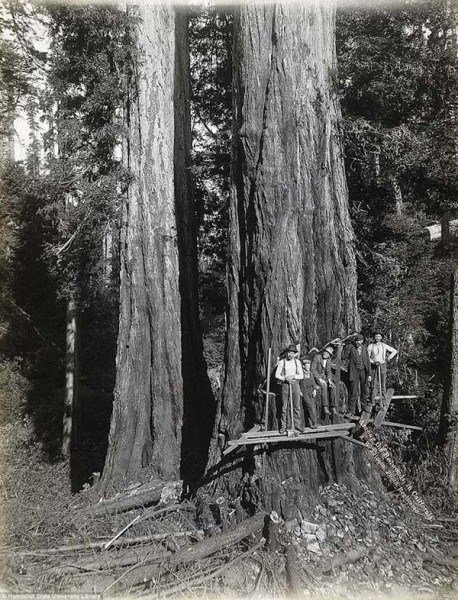 These giants can live to be 2,000 years old and have graced the planet for more than 240 million years. Though they once thrived throughout much of the Northern Hemisphere, today redwoods are only found on the coast from central California through southern Oregon. They do not live more than 50 miles inland, and are usually found in long belts, rather than small groves. 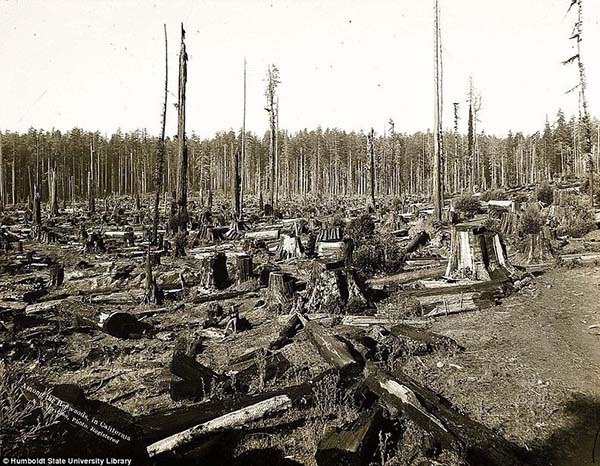 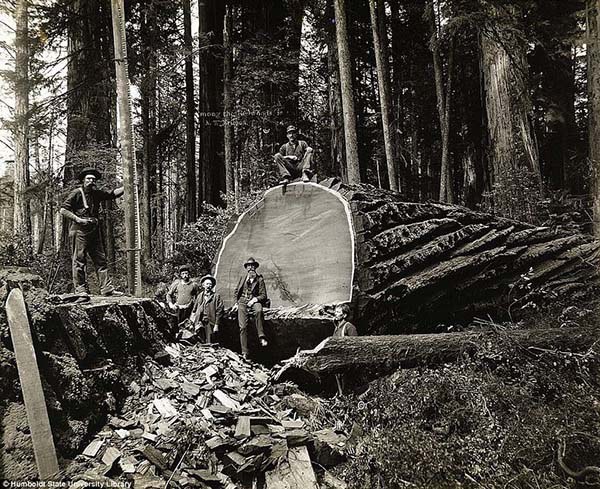 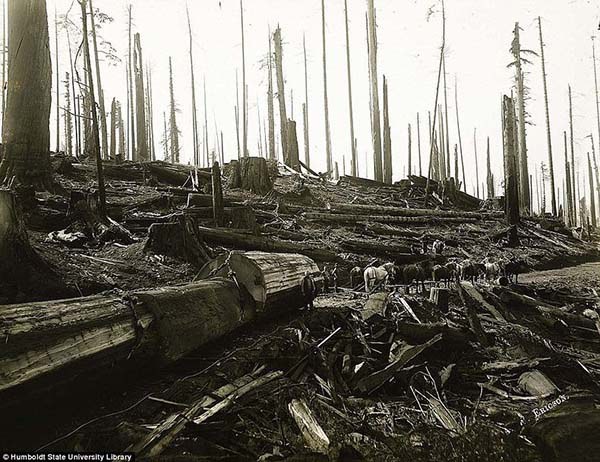 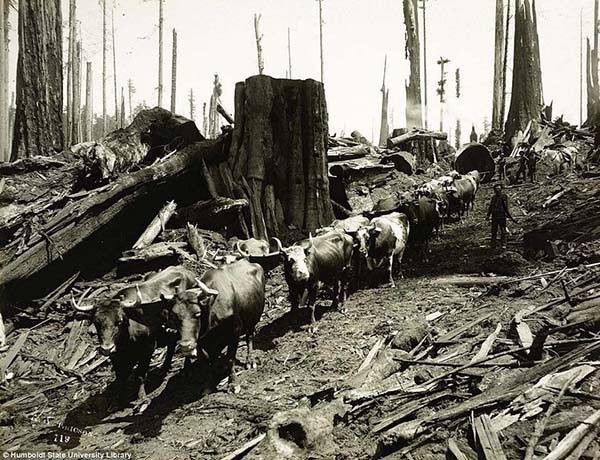 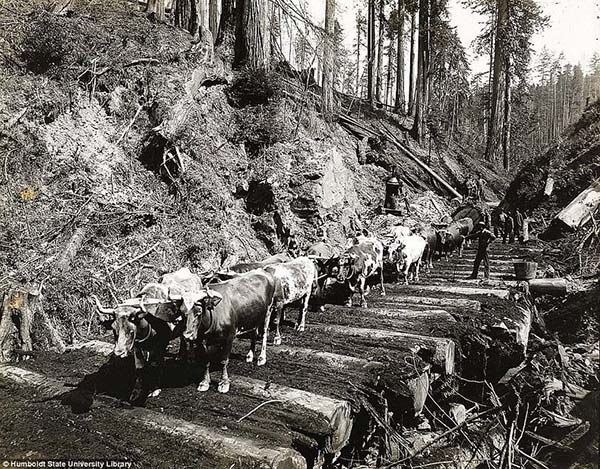 The wood from these giant trees is very resistant to decay but very brittle so as much as 50% of the wood was never used after the trees were felled because they smashed when they hit the ground.  This meant that there was very little profit in cutting down these majestic trees and the last company to harvest the giants went out of business in 1924.