As a runner and cyclist, being able to track the miles that I have under my belt is very important in terms of progression. I liked to finish a run or ride and see how far I went and how fast I went. There are plenty of apps out there that do those two tasks easily and effectively.

I was a huge supporter of the Nike+ apps for a very long time (as a runner) but when I started cycling more I started to look around for other apps that fit exactly what I was looking for. The problem was that I didn’t really know what I wanted – all that I knew is that I wanted an app that would track my miles and time; anything else would be a bonus. Then, a friend recommended Strava: Run and Cycling Tracking. It’s been more than a month since I started using Strava and the pros and cons of the app have added up.

Strava is an app that tracks cardio vascular activity. The app covers mileage, elevation, heart rate, calories burned, and the routes that were used – it is an app that uses the uses health information and GPS location to accurately track each. It also incorporates a social media platform where users can follow friends, comment on their friend’s activity, like activities, and join groups. Strava seemed like a lot to be excited about.

Social Media: Strava’s use as a social media platform is insanely addictive. Users can follower their friend’s status as they rack up mile after mile. The feed feature allows users to see how many miles their friends covered that day, what route they took, the time it took them to finish that route, and the areas on the route where they traveled the fastest and slowest. Users can comment on and give “Kudos” (likes) on their friend’s routes. They also have the option of starting groups, which act like a chatroom where users share their daily miles and routes with other users in the group.

Competitiveness: Users can break certain routes into point-to-point intervals called “Segments” where they can show how fast they ran, swam, or cycled between those two points. If a segment is made public then all of the Strava users in the world that also covered those two points have their times uploaded to a leader board – the faster athlete is crowned King Of The Mountain (KOM). As users cover more miles they discover more segments and have the option to push harder to claim a KOM for their own. This feature makes each run feel like their is an additional prize at the end – the possibility of being crowned King. Plus, it’s fun to dethrone a friend from their KOM and rub it in their face.

Route Tracking and Saving: As Strava tracks a users activity the users can save the route that they used to their phone and use that route again later. I like this specifically for cycling. My handlebar mount allows me to see my phones screen while I am riding and thus I can see what route I am taking, how fast I rode it before, where the segments begin, and how fast different KOM’s are. Additionally, when a saved route is started the athlete can use their phone as a GPS device that offers turn-by-turn directions to complete the route on a small map on the screen. 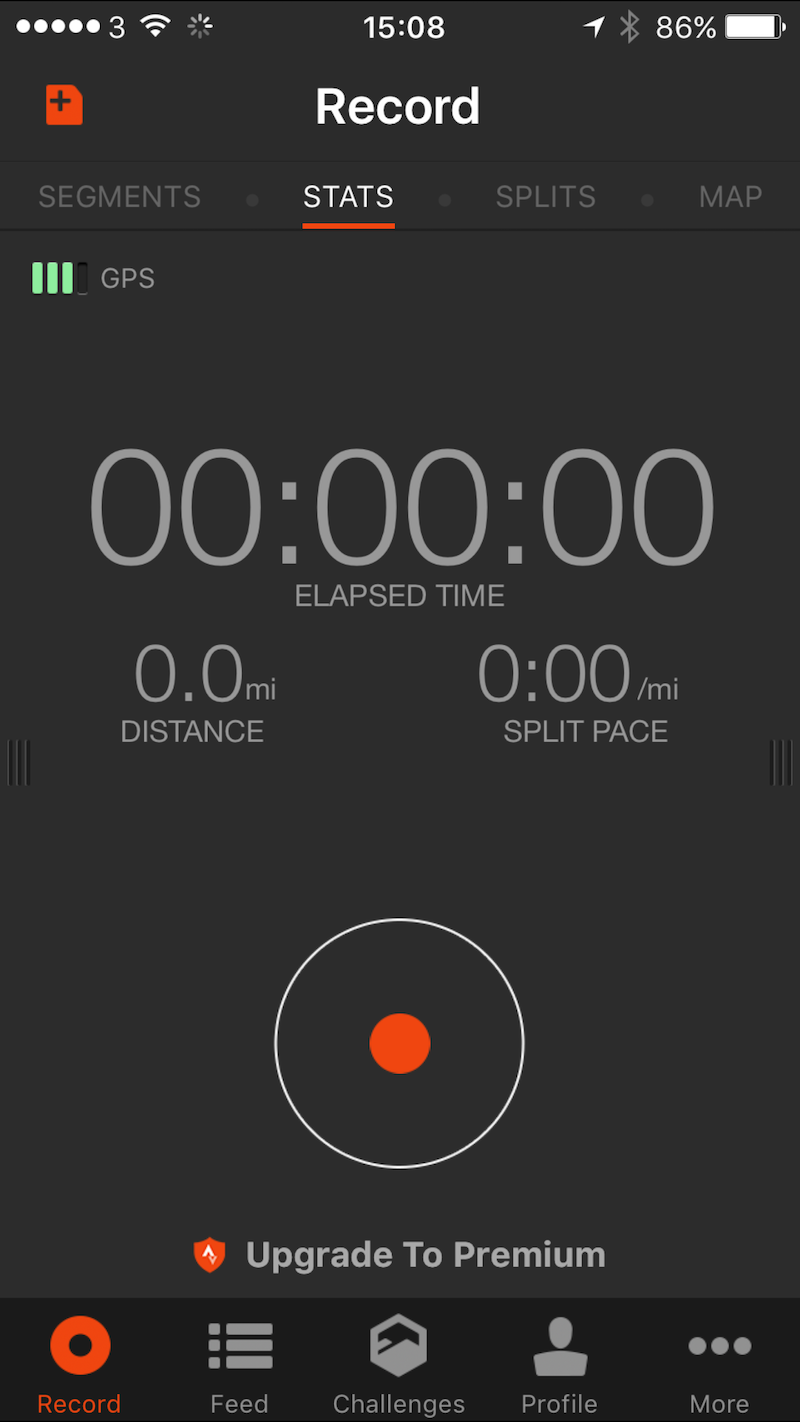 Segment Creator: The segment creator on Strava is kind of flaky and can only be used online. Through the website, using a route already traveled, users have the option to create a segment and name it. The segment creator is kind of slow and you have to click your mouse a lot to move the point on the map a few feet toward where you want the segment to begin and end. The scrolling option is supposed to make creating the segment faster, but I find that it often goes further than where I want it to start or end – this becomes harder to use with longer routes.

Route Creator: The route creator is also only available through the Strava website and it could do with some updating on their maps, especially when it comes to many of the trails. I find that a lot of the trails in state and national parks in my area are not well marked on Strava and it causes a bit of trouble when creating the route that I want to take – I can imagine others have had similar problems. The route creator uses main roads and defined trails and doesn’t do much for the ones on the path less traveled even if their are segments on the route and you can see others have ran those trails.

Auto Pausing: One of the features that I enjoyed so much about Nike+ app was the automatic pausing feature that the app offered. As soon as I stopped running or moving the app would pause my time and it made tracking my accurate mile time a hell of a lot easier. Strava offers an automatic pausing feature but I find that it is not as reliable as some competitors. I am often at a red light or stop sign for 10, 15, 20, or even 30 seconds before the app pauses. Often at the end of the route my exact mile times are all over the place and it makes it difficult to accurately track where I need to improve and harder to tackle those KOM’s.

In the end, Strava is an app like so many others. It tracks your cardio vascular activity and offers a few original features that make the app seem more than it is. The social media platform feel of the app is fun but leaves me asking if I really need another social network in my life.

The KOM feature is awesome and turns each mile into a game with friends. I really enjoy getting the email that tells me, “Johnny Somebody stole your KOM” – it motivates me to run or ride faster the next time I take that route. All in all, I enjoy Strava and I don’t enjoy Strava – the Pros and Cons seem to equally battle against each other. Maybe in another month I will feel differently about it, but for now I’ll just keep trying claim all the KOM’s I can.