One of the greatest fears that many people have about hiking out in the wilderness is being attacked by a bear. And it is perfectly legitimate. The possibility of meeting a bear is something that you must be prepared for if you plan on hiking out in bear country. In this article, we’ll cover exactly what you need to do should you indeed encounter a bear.

Avoid Meeting A Bear In The First Place

But if you do decide to hike out in bear country, or have to for whatever reason, you can minimize the chances of meeting a bear by traveling in large groups and making as much noise as you can.

It’s important to remember that bears are more afraid of you than you are of them, so by making your presence known and making your group look as intimidating as possible, they will hopefully give you a wide berth. Granted, it’s still important that you pay close attention to your surroundings, so just because you’re making lots of noise in a large group doesn’t mean you should become careless. 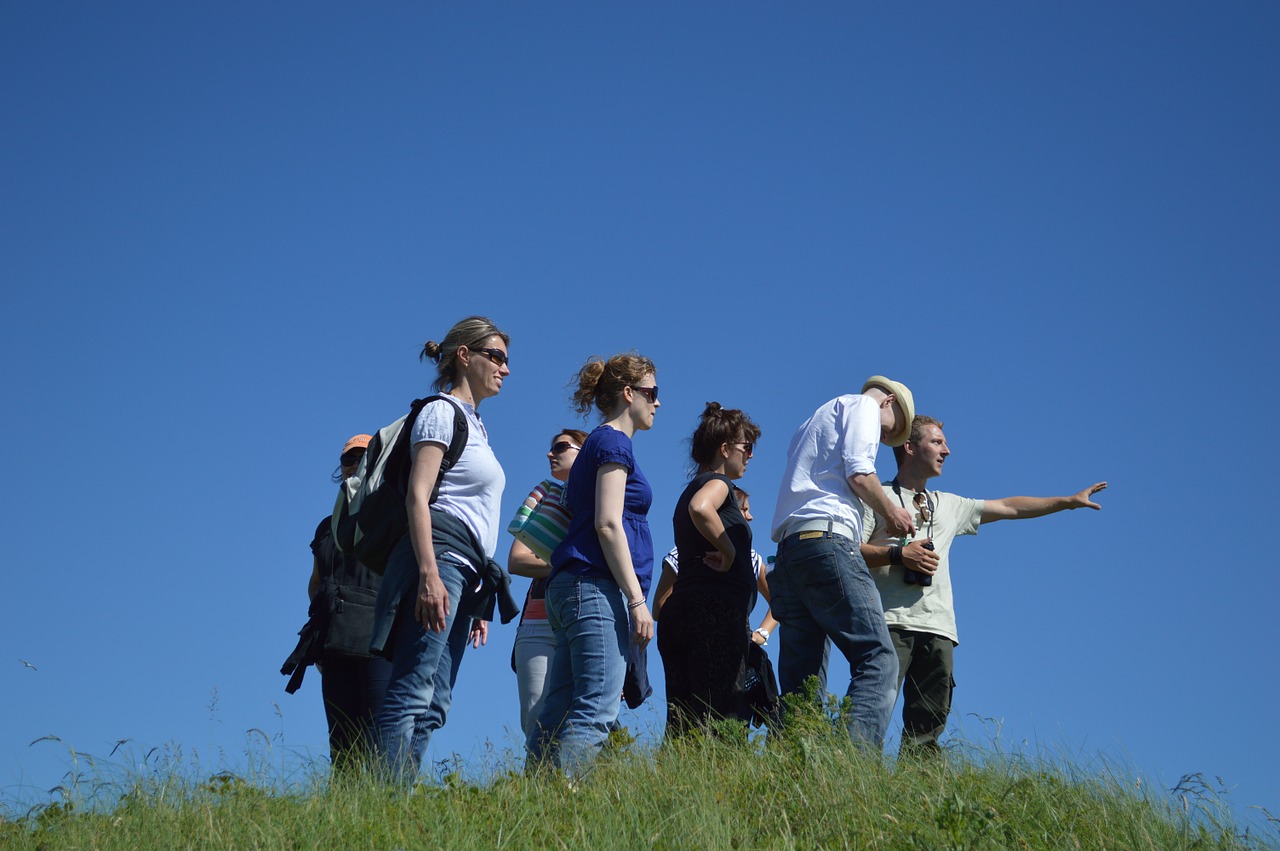 When you spot a bear, the very first thing you want to do is identify it. You may question why this is necessary because, after all, isn’t a bear a bear? The truth though is that different kinds of bears will react differently to you when they meet you.

There are two main kinds of bears in North America: the black bear and the grizzly bear. Yes, polar bears live in the northernmost reasons of North America as well, but for the purposes of this article we’re going to focus on black bears and grizzly bears.

Between the two, black bears are less dangerous and less likely to attack you upon running into one. To identify a black bear, you can’t rely on its color alone. Some black bears are black, but they come in a variety of other colors as well such as blond and brown.

The best way to distinguish the black bear from a grizzly is from the hump on the shoulder. Grizzly bears have a very large hump while the black bears lack this hump. Furthermore, black bears are smaller than grizzlies and have shorter claws.

Black bears are more widespread than grizzlies and are found across Alaska, Canada, and most of the lower 48 states. Grizzlies used to be almost as widespread several hundred years ago, but are now relegated to Alaska, Canada, Montana, Idaho, Washington, Wyoming, and the Dakotas.

After you have identified the bear, the next thing you must do is to assess its behavior. Specifically, you need to distinguish between whether the bear is acting defensively or if it’s acting like a predator with you as its prey.

If a black bear is acting defensively, it will swat at you with its claws and grunt, but it will not go in for a kill strike. If the black bear is acting in a predatory manner, it will bite at your neck and head and attempt to pin you down to the ground with its front feet. Another option is that the bear may act neither defensively or as a predator and instead flee.

In the case of the grizzly bear, expect it to be more aggressive even if it is only acting defensively. It may initially charge you only to then stop and grunt or growl, which is a sign that it is acting defensively. Pay close attention to the ears of the grizzly bear: the more back they are, the greater the possibility is of it attacking. It may also stand on its two feet and swipe its claws at you in a show of force.

If the grizzly bear goes to attack you, it will get on all fours and charge at you completely rather than stopping. It will swing its head from side to side and display its teeth, while also attempting to swipe or bite at your head or neck. 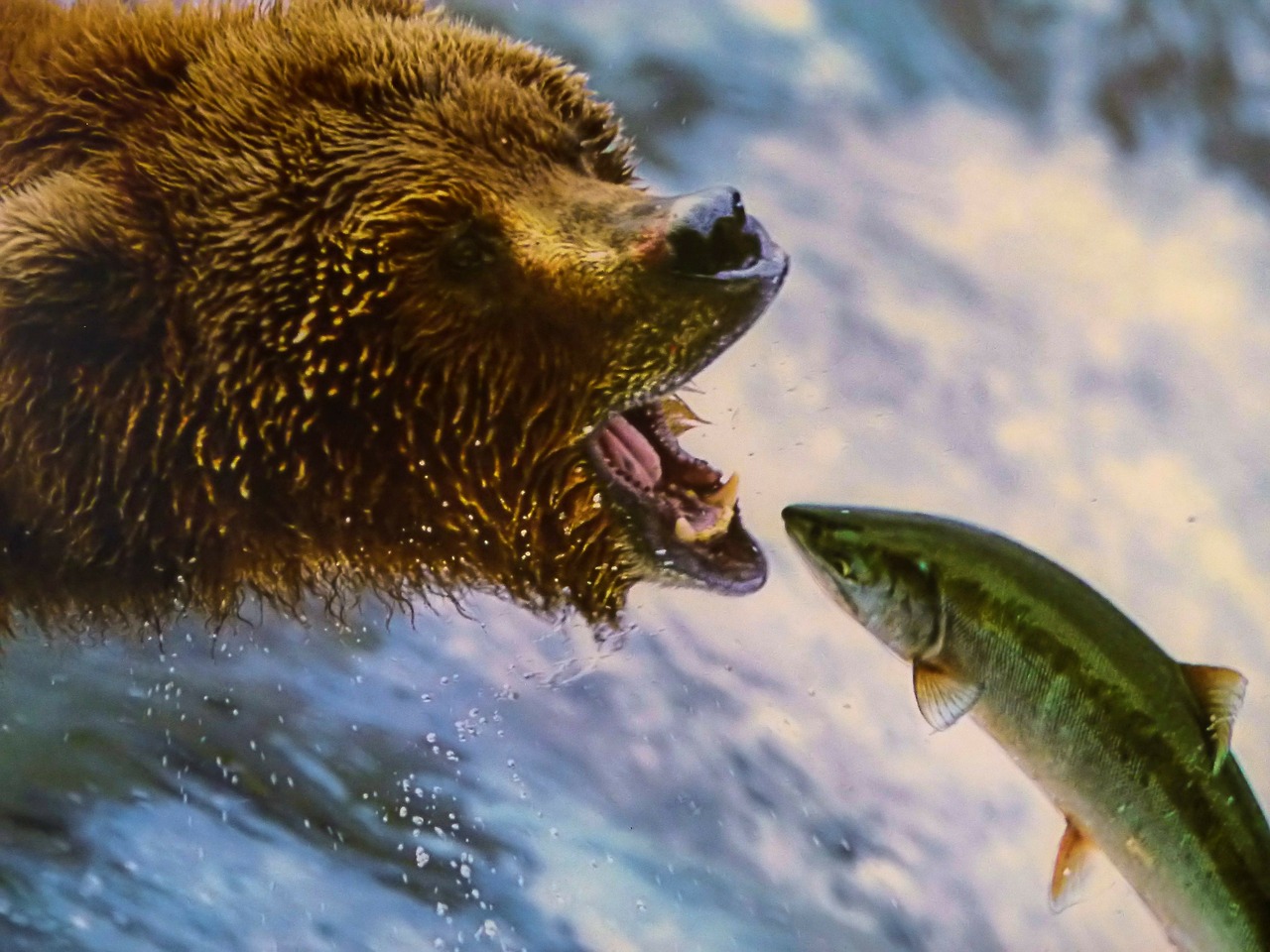 What You Should Do

So you’re probably wondering at this point: what do you do once you encounter a bear? The first and most important thing to do is DO NOT RUN.

Both black bears and grizzly bears can easily attain speeds of over thirty miles per hour over practically any kind of terrain, so you have absolutely no hope of out running it. In fact, even if a bear is acting defensively, turning around to run may initiate its predatory instincts and cause it to charge.

That being said, you still want to put as much space as possible between you and the bear. The best way to go about this is to back up very slowly but steadily. Stay calm, control your breathing, and keep your focus on the bear while avoiding eye contact.

Another tactic to use is to make yourself feel as threatening as possible. Open up your jacket and spread it wide, and make loud noises. If the bear feels intimidated, it may retreat.

If you are near a tree, attempt to climb it. Black bears are stronger climbers than grizzlies, and a good rule of thumb to follow is to climb at least thirty feet up the tree to put enough distance between you and the bear.

If Worst Comes To Worst

If the bear does indeed charge (and doesn’t bluff), get on the ground and cover your vital organs. Using a backpack in particular to protect your front side would be very wise. Play dead and expect the bear to nudge you, but stay still. After a while, the bear will hopefully lose interest.

However, if the bear continues to bite and claw at you, then the only option you have left is to fight back with anything you can grab. Pepper spray is an excellent deterrent against bears but will only work effectively at extremely close distances of fifteen feet or less.