Formerly known as the Royal Navy’s HMS Pandora a 19th-century vessel sank in a bid to win the race of conquering the North Pole for Americans. A Siberian adventurer is now embarking on an epic undertaking to locate and then raise the wreck of the historic ship which sank while on an exploration mission in the Arctic in 1881.

Andrey Y is based in Yakutsk and is a well-known screenwriter, director and TV presenter and of course an avid traveler and explorer. He says that his proposed project could not only help bring the historic vessel on the surface, but it can also potentially help thaw the strained US-Russian relations. 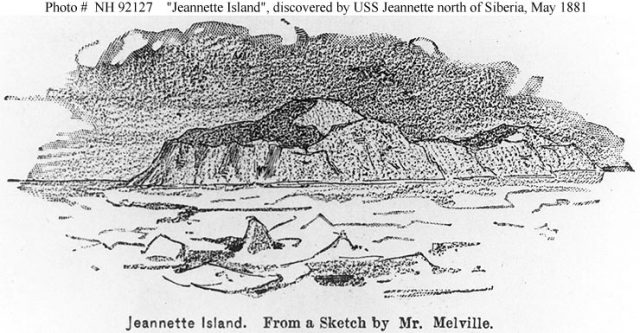 Andrey is not alone in thinking to bridge the relationships between US and Russia, American author Hampton Sides has also expressed interest in finding the Jeannette. Hampton is the author of an acclaimed book about the ship published in 2014.

Hampton believes that despite the fact that US Navy officials have already unofficially nodded for the project, however growing tensions between the two countries have limited the cooperation which has considerably slowed down any progress in this regard.

Hampton Sides tells the tragic and heroic story of USS Jeanette in his book ‘In the Kingdom of Ice: The Grand and Terrible Voyage of the USS Jeanette,’ which was published last year with all the details of the voyage and its tragic end.

The British built ship known simply as Jeanette sank off the farthest, most northern island of Russia’s largest region the Sakha Republic, which is also known as Yakutia. During the exploration of the Arctic, Jeanette had 33 men on-board, but only 13 could survive after the wreck.

The ship’s captain George Washing De Long, was a legendary American figure who had also perished, though not in the wreck, but afterward due to the harsh conditions.

The Schooner sank somewhere close to the island of Henriette which is the most northern island in the Yakutia region. The skipper of the ship De Long died in the Lena River and was considered an American national hero.

He had kept his vessel, a gigantic schooner much like you would a museum, the lengths De Long went, in order to keep the vessel as comfortable as possible, were astonishing.

Everything within the ship was arranged so perfectly to give an impression of home during the Arctic exploration. With its fireplace of gold, bronze, redwood. The vessel was designed to withstand the harsh conditions for five years. However, it only lasted just over two years at sea.

The fact that the location of the vessel’s wreckage is known to the last kilometre, and it only lies at a depth of about 18 to 20 metres, should make it possible and they would like to include the two countries in the project.