How Horses Changed the Lives of the American Indians

The Plains Indians lived in the Great Plains, the American Breadbasket, for centuries before it became known for its fertile fields. A nomadic people, the various tribes of the Plains Indians lived mostly by hunting buffalo, which provided them with food, hides for their clothing, shelter, and a variety of other uses.

The Plains Indians, like all of the American Indians, let little go to waste and utilized every part of the animal’s carcass they could.

Life was hard for the American Indians as the only transportation they had, before the coming of the Spanish, was their feet. While many of the tribes were known for their amazing physique, which allowed them to walk all day while carrying heavy burdens or run all day while hunting, they were still limited. The only beasts of burden they had were dogs.

The travois we have often seen depicted laden with a family’s goods and pulled by a horse was an adaptation of the smaller travois they used with dogs. A large dog could haul as much as 75 pounds when pulling a travois. Although not a huge amount, this is a definite improvement on hauling the travois by hand.

The difficulties with moving their homes and goods limited the travel of the Plains Indians, even though they were still nomadic people. Because of their limited mobility, they rarely moved and rather chose to settle in areas with abundant game. They would only move if the game left the area, leaving them without food. 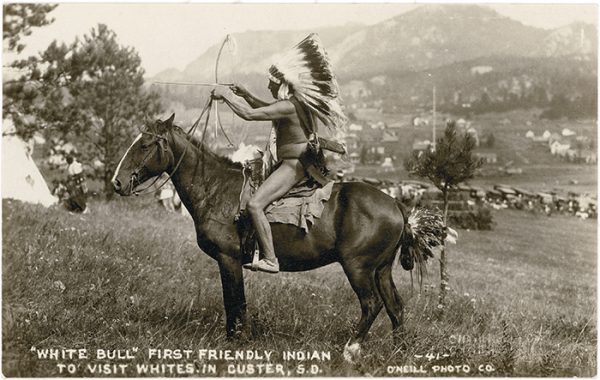 The Introduction of the Horse

It was the Spanish Conquistadores who introduced horses to the New World, bringing them along on their ships in the early 1500s. While they were only able to bring a few horses with them on their ships, they quickly started breeding those horses and increasing their herds.

The horses were cared for by Indian servants, although they were not allowed to ride. The American Indians were smart people, however. They were able to learn by watching, so they quickly learned to ride horses and saw how useful this skill would be to their society.

Within 180 years, the horse had transformed Indian society, starting with the Apache Indians in the south and gradually working their way north. By 1750, horses were widely in use by all the Indian tribes – all the way up into modern-day Canada.

Horses made such a difference to American Indian warfare that they were able to overthrow their Spanish overlords in 1680 and drive them out of New Mexico. This was a boon for the Indians as many herds were left behind, and this allowed horses to spread throughout the Midwest. 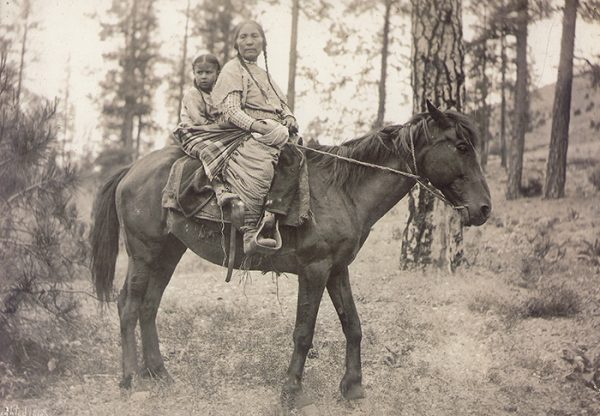 The Transformative Power of the Horse

The horse became such an important part of Plains Indian culture that a man’s worth was measured by the number of horses he had. Most horses were gained through raids, stolen from the Spanish and then later from other Indians.

Indian warriors who could steal horses were valued, counting coup in the process. These men became more important as horses became an important part of Indian culture.

It took an average of five horses to move an Indian family as each horse could pull a travois holding 300 pounds of goods. This made it much faster and easier for them to move, so they could follow the herds or move into more fertile areas with better water. The nomadic Plains Indians became even more nomadic with fewer restrictions on their movement.

As the white people moved west, they often pushed out the Indians living in the areas they came to occupy. This caused tribes that had lived in the eastern mountainous areas of the United States to move westwards into the Great Plains.

There, they encountered horses that other tribes had, and they quickly adapted to using horses for hunting, moving, and warfare.

Hunting on horseback was much more efficient for the Indians. While hunting before the horse required days of preparation and a large group of hunters, one hunter alone mounted on a horse could take down any big game animal, including a buffalo.

But the horse’s utility in the hunt didn’t stop with the kill. Indians could range farther afield and bring back their kills from a much greater range. No longer limited to what they could carry, they could make use of every part of the carcass – especially the heavy buffalo hide, which was needed for the construction of their teepees.

Horses also transformed the warfare of the Indians. While they had always been warlike people, the need to travel on foot made warfare a slow process, with bands of warriors having to travel for days or even weeks to get to the lands of their enemies.

On horseback, that journey could be made in much less time, and the warriors would still be fresh upon arrival.

We can see how much more effective Indian warriors were as fighters by looking at their defeat of the Spanish Conquistadores in 1680. As they adapted their tactics to include horses, they became much better fighters – able to attack their enemy and then disappear into the surrounding countryside. This also made them a much greater adversary to European settlers who were pushing west across the United States.

There are much fewer horses in the country today than there were in past years. Horses have been totally replaced by cars and trucks, which are faster and considerably stronger. Today, horses are primarily used for recreation, although there are still some ranchers who make use of them on the range.

Should a major disaster happen, one which would make our cars and trucks inoperable, the only possible solution would be to once again turn to horses. They could and would once again become the main mode of transportation in the land.

But, there’s a problem with this idea: there aren’t enough horses to go around. Today, horses are valuable possessions, and few people have the land and the money to keep them. Yet, if we want reliable transportation that can survive an EMP or another cataclysmic event, we should definitely consider keeping horses.