In 2004 an 810-mile swath of the Sunda megathrust fault cracked under the Indian Ocean. It caused a 9.1 magnitude undersea earthquake off the shore of Sumatra, Indonesia. At that time, it was the third biggest tremor. It displaced a tremendous volume of water, generating a massive wave of tsunamis from the epicenter in every direction. It was one of the deadliest natural disasters ever. 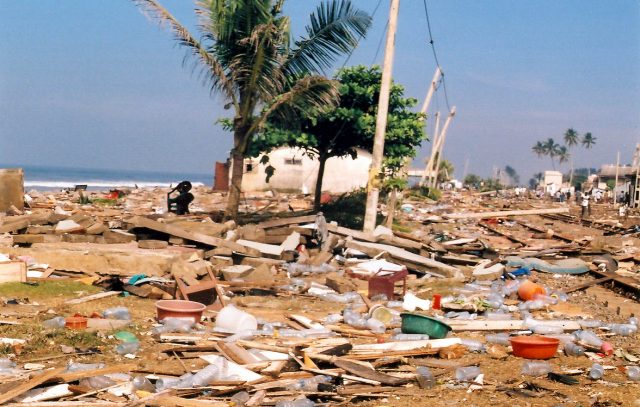 Although around 230,000 people died, rescuers and locals noticed a conspicuous absence of animal casualties in certain areas.

In the aftermath, stories emerged of animals acting strangely before the tsunami hit. Many eyewitnesses in Thailand and Sri Lanka told of dogs that refused to go out, elephants trumped before seeking higher ground, and flamingos that abandoned low-lying nesting areas.

For many years we’ve heard anecdotal stories of animals possessing a primal sixth sense that alerts them to a possible natural disaster. But, does science back those stories up? 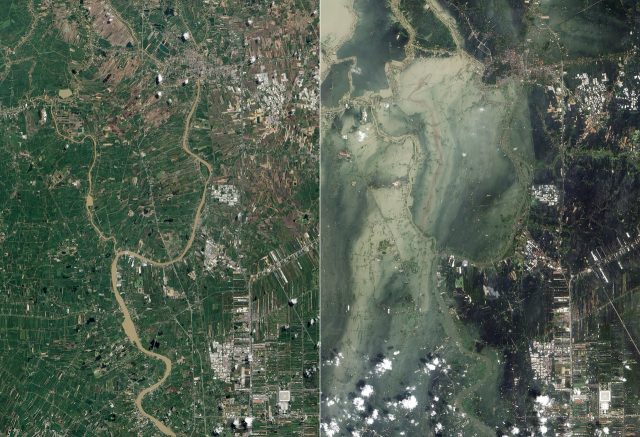 Although it’s obvious that animals have different sensory capabilities than humans, only a few scientists will support the idea that insects and animals have a biologically determined sixth sense that gives them the ability to predict coming trouble.

According to one theory, in the case of the elephants that went to higher ground before the tsunami, they picked up on infrasound waves created by the tremor. Those waves have a primary frequency of 20 Hz or lower, which fall outside the limits of a normal human hearing. 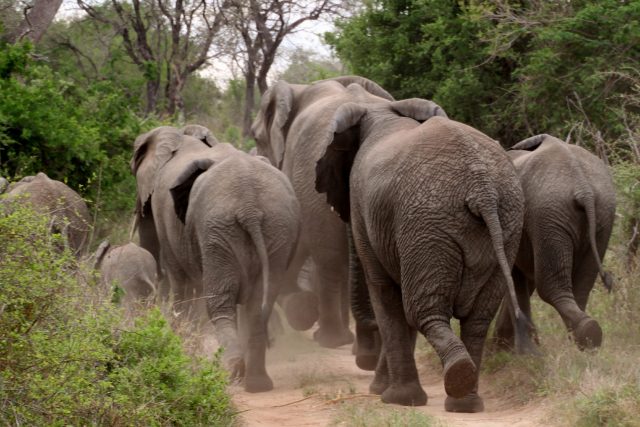 The infrasonic sound waves can be generated by strongly energetic occurrences like volcanic eruptions, avalanches, earthquakes, meteors, iceberg calving, and lightning. Many animals, like elephants, hippos, rhinos, felines, whales, many birds, and dogs, rely on infrasonic sounds for navigation and communication. So, when the elephants in Sri Lanka detected the initial low-frequency rumblings, they didn’t sense the coming tsunami. They just moved away from the source of the sound, which it happened to be from the tsunami. 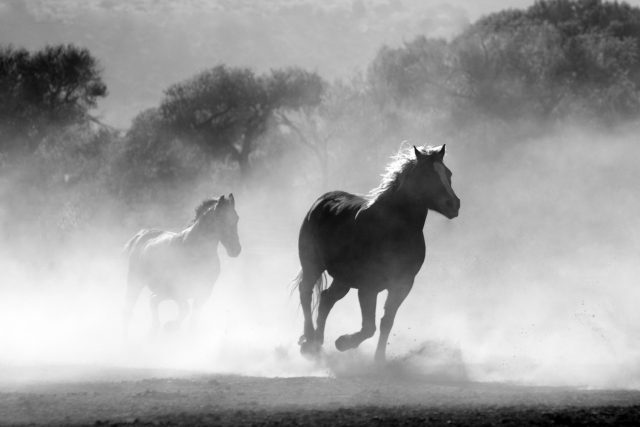 Also, many insects, birds, and animals are particularly receptive to Rayleigh waves. These are a type of wave that travels along the solid ground. After the first rupture, the waves travel through the earth’s crust from the epicenter, which causes minor vibrations.

Since the waves travel ten times the speed of sound and are inaudible, they could’ve been noticed by those animals sensitive to them way before the tsunami crashing the shore. 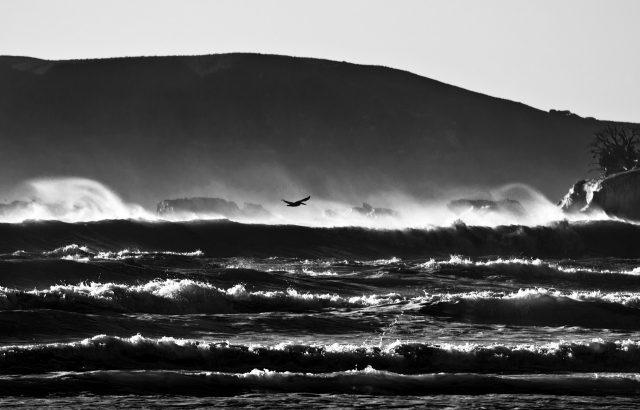 We, as humans, also have mechanoreceptors in our skins, called Pacinian corpuscles, which detect changes in pressure and vibrations. But, their optimal sensitivity is 250 Hz, and Rayleigh waves created by earthquakes are usually below 20Hz. Therefore they do very little for us in those situations. 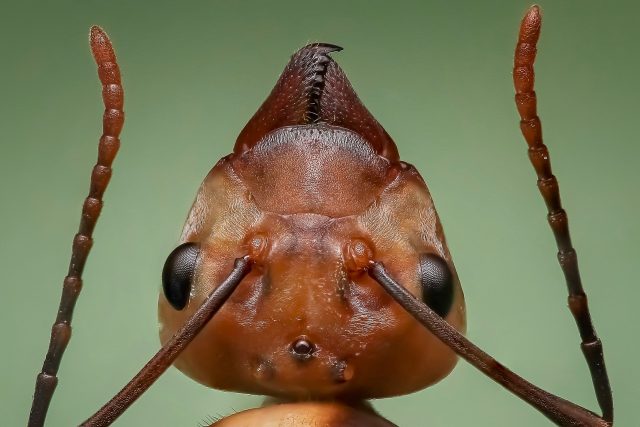 According to scientists, ants have an impressive ability to anticipate coming rainstorms and earthquakes. A study in Germany documented red wood ants and their abilities to build nests on active fault lines.

The study lasted for three years, and it showed the peculiar behavior of the ants. They would go about their usual routine but would stay awake and outside their mounds at night, in the hours before the quake. Even though this made them vulnerable to the predators, they stick to their instincts. They would revert to their normal behavior the day after the earthquake hit. 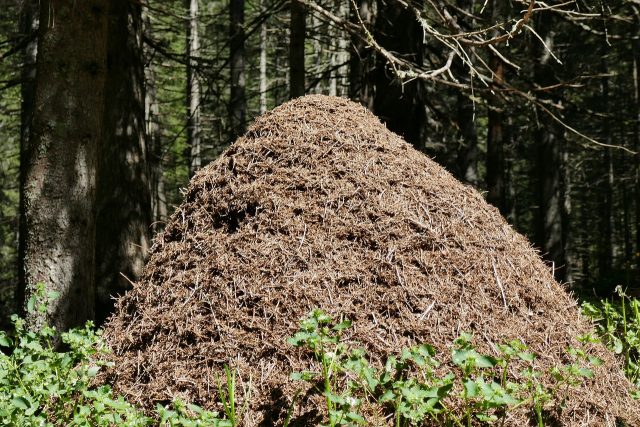 Although scientists are still figuring out the mechanism that causes the change in behavior, it’s suggested that ants have unique receptors that can pick up on hardly detectable changes in electromagnetic fields and atmospheric gasses that are the by-product of storms and quakes.

Before heavy rains ants will often build up mounds around the ground holes for additional protection. Also, they would seek out higher spots for nesting, like the potted plants and the tops of tree stumps, to avoid being washed away. Farmers have been tipped off for many years to coming rains, by noticing a sudden uptick in the activities of ants. 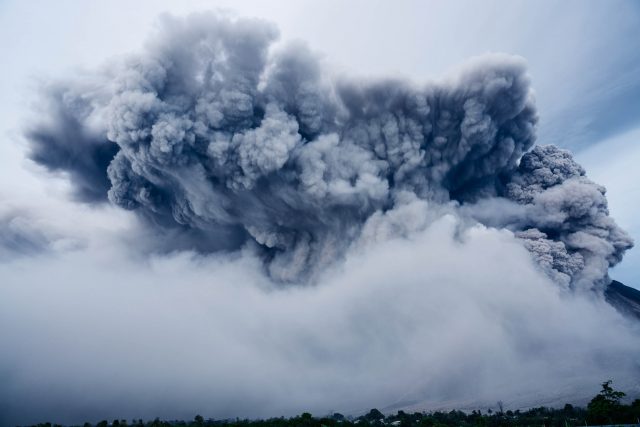 Although not yet scientifically proven, it’s a fact that animals have abilities to predict a natural disaster. So, the next time you notice strange behavior from your pet or any wild animal, be prepared for something to happen.